Audemars Piguet has many stunning ladies watch, at SIHH 2016, it has unveiled two new Millenary models. The watches stand out with their new stunningly original designs. 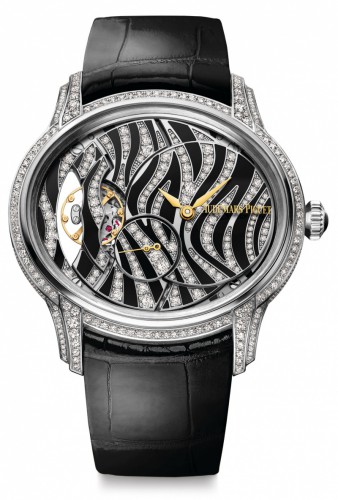 The Millenary collection, distinguished the union of contemporary design and traditional mechanical skill, was introduced in 1995, no less than two decades ago. The range includes a vast selection of refined mechanical watches with sizeable oval cases and distinctive off-centered dials. Its elliptic silhouette is inspired by an old case design from 1951. Revamped back in 1995, the design was named “Millenary” in honor of the approaching third millennium. What makes it so exclusive is the exclusive dial structure that reveals components of the movement that are typically hidden. Thanks to its unusual design, the Millenary has gradually become, instantly recognizable as an Audemars Piguet timepiece. 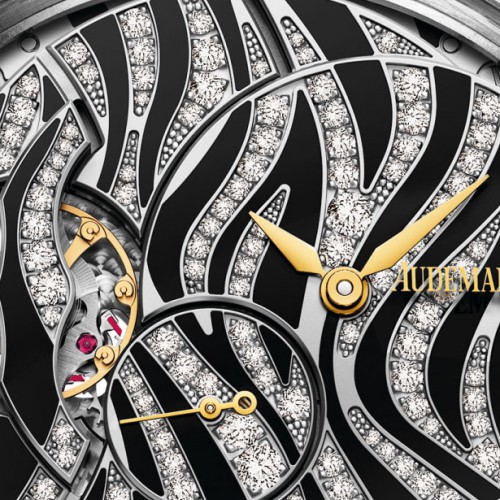 In 2016, Audemars Piguet launches of two new impressively unique designs, powered by the in-house 5205 and 5206 movements, with visible front and back. The bold Millenary model was initially received with some reluctance by watch connoisseurs, but the brand continued to rework the original design to even bolder effect. This year, the classic Millenary features are highlighted with onyx and diamonds, while gold and pearls are geometrically defined to create graphic dial patterns. 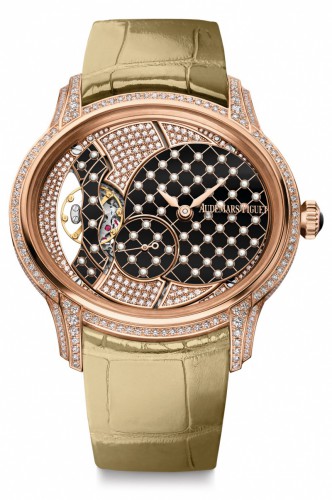 The brand has unveiled two new women’s designs – one of them dressed in pearls, and the other one with a gorgeous zebra-like motif. The zebra-like stripes are depicted with brilliant-cut diamonds and velvet-black onyx, while preserving the balance wheel and bridge as an integral part of the decoration. The captivating pearl design evokes little electric studs and creates an attractive geometric wave against the gleaming black onyx. Audemars Piguet expert jewelers have hand-picked each pearl for perfect roundness and size, and then set them into the unique oval dial. 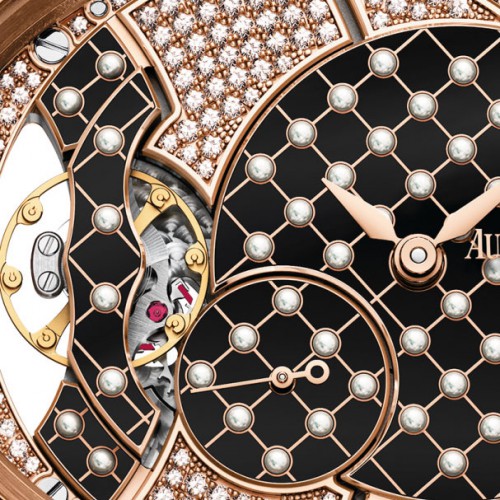 Both Millenary models measure 39.5 x 35.4 mm in dimensions, and they are powered by the hand-wound movements beating at a frequency of 21,600 vibrations/hour and providing 49 hours of power reserve. The Millenary Zebra houses the Calibre 5205, while the Millenary Pearl utilizes the Calibre 5206. The Zebra is made of 18-carat white gold, while the Pearl model is made of 18-carat pink gold.