Audemars Piguet and Michael Schumacher have had a longstanding relationship. In 2012, Schumacher even had his own limited edition Offshore built. It quickly sold out, and though a short-run Offshore wasn’t, at the time, a particularly noteworthy thing, there was something special about Schumacher’s. In December of 2013, Schumacher suffered a terrible skiing accident while on vacation with his family, and after months in a medically induced coma, he is wheel-chair bound recovering slowly at his home outside Geneva. 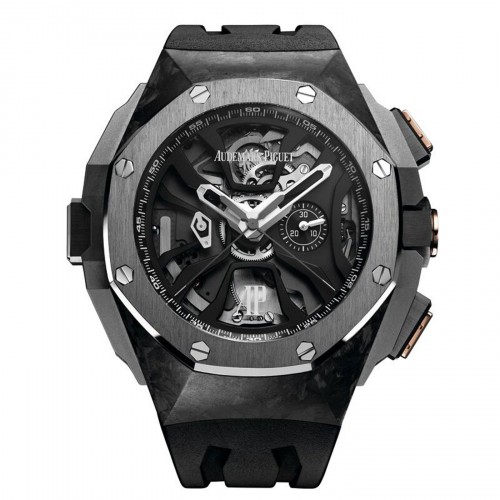 Since the accident, Michael Schumacher’s corporate sponsors have slowly but steadily recoiled from association with the all-time great. All of them, except for one – Audemars Piguet. And because of this, and the personal connection the family has with AP, today we see – with the blessing of Michael’s family – a brand new timepiece sporting Michael’s name. And what a timepiece it is. This just might be the ultimate chronograph. 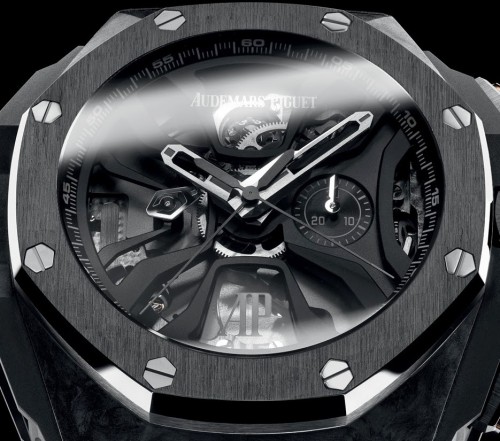 When you press that third button, you will stop one of the two simultaneously running hands and reset the other. That means you can record the time of one lap, while the other one begins. If you want to keep the first lap as a reference, you press the button at four o’clock, which acts as a flyback  meaning the running seconds will jump back to zero and start over while leaving the first lap where it is. Or, if you press the button at 9 o’clock again, the stopped hand will jump to zero and start running while the other hand will pause for you to record your time.