BR03-94 Carbon Orange were released in last year. It is a limited edition of 500 pieces, which incorporates orange for the critical chronograph information.

The case comes in square shape, prominent industrial corner screws, and a rough-hewn crown. The indelible image for the brand is the BR01 watch at 46mm, but the younger sibling BR03 arrives at a more versatile 42mm. Inside, an ETA 2894 movement powers the time, date and chronograph function. 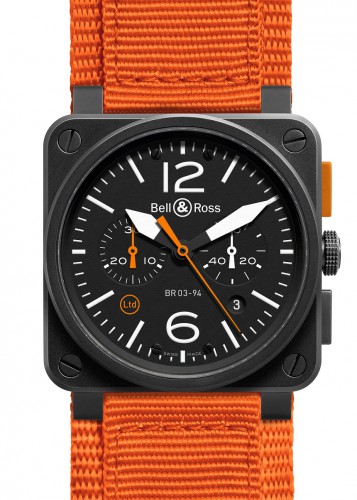 The personality of the BR 03-94 Carbon Orange is its orange color. The bright orange canvas strap has a two-ply construction for added durability; you supply the dirt and grease to moderate the color tone. Beyond the dominant strap and a Ltd. logo on the dial, orange corresponds with the chronograph function. The upper pusher is a steel pusher enclosed by an orange polycarbonate-ABS protective cover. 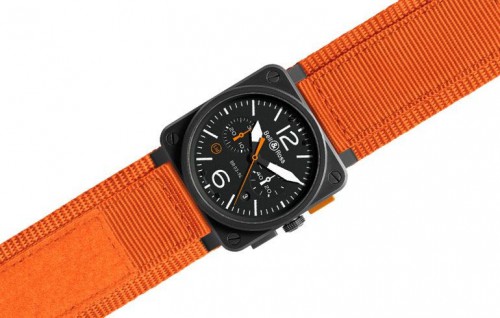 Under the anti-reflective coated crystal on the dial, the left thirty minute counter has an orange hand to distinguish it from the right small-seconds counter with a white hand. The central chronograph second hand is also orange. Not only is being able to differentiate the chronograph and time-keeping functions critical for aviation, but it also adds to the user-friendly aspect of the Bell&Ross watch. 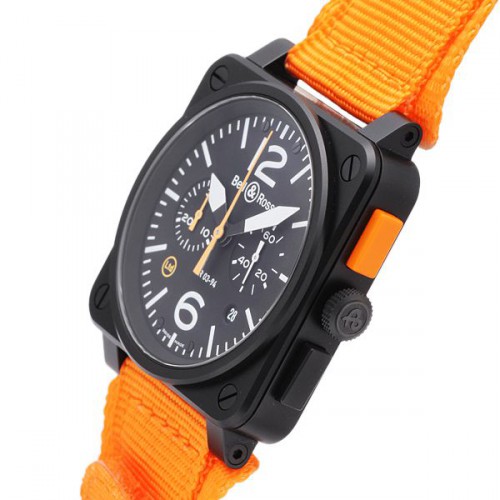 Given that the heavy-duty, orange canvas strap is meant to be worn over a flight suit, some may not appreciate its length, making the rubber strap the go-to option for smaller wrists.