Cartier is famous for its unique design. And the Cartier Rotonde de Cartier Astrotourbillon Skeleton has a bold design, the unusual rotating tourbillon mechanism, suspending it in in the skeletonized movement. The watch is limited to 100 pieces. 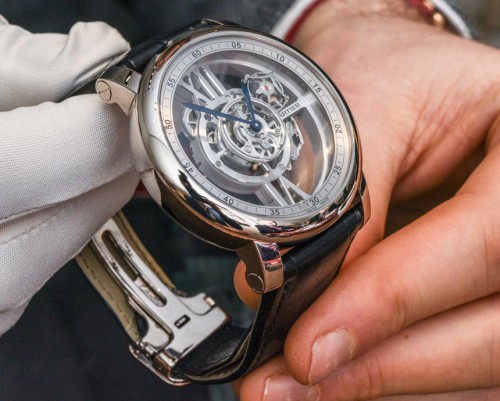 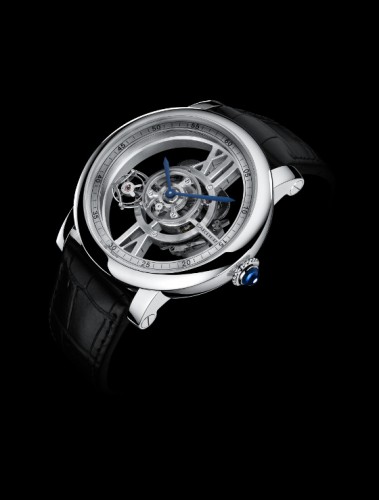 The 38-mm movement, Caliber 9461 MC, is held in place by the Roman numerals at 12 and 6 o’clock; along with the winding stem, these are the only parts of the movement that attach to the case. The movement is 8.89 mm thick. Caliber 9461 MC is a manually wound movement with a 48-hour power reserve. It vibrates at 21,600 vph. There are 233 components, including 23 jewels. The carriage of the Astrotourbillon is driven by the third wheel. The pinion of the escape wheel rotates around a fixed seconds-wheel in order to drive the escapement. Because it is positioned at the center of the movement, the carriage has a special rotational axis. The tourbillon carriage is positioned above the movement, rather than being directly integrated as with classic tourbillons. 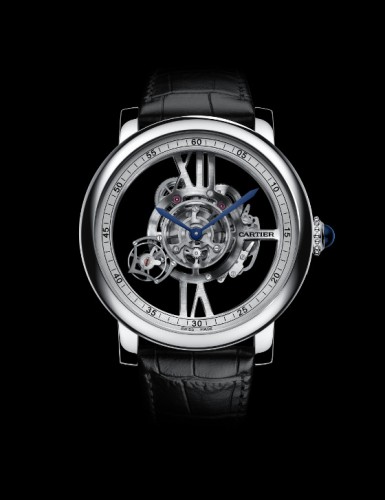 The origins of the Astrotourbillon date back to 2010, when Cartier first introduced a version of the watch using the 9451 MC movement. The orbiting tourbillon had been in development since 2005. The new Astrotourbillon Skeleton has a 47-mm case in white gold. The crown is set with a sapphire cabochon. The watch is water resistant to 30 meters. It comes on a black alligator strap with a double folding clasp in white gold.