These timepieces are as elaborate as they are varied, characterised by nautical flags and offering a rich colour palette of dark blue, light blue, white and black. The dials and straps are also interchangeable for mixing and matching.

The hour-minute automatic 32mm models, in steel or two-tone steel and pink gold, exist with a dark blue, light blue and white mother-of-pearl dial. The bracelets are either in stainless steel and rose gold, or in vulcanized rubber matching the dial. 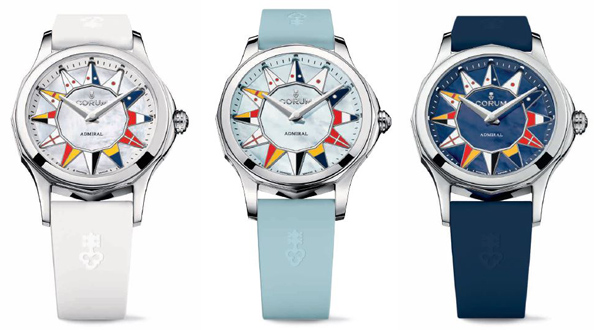 The hour-minute-second-date automatic 38mm models, also in steel or steel and pink gold, exist in the same colors as the small models. A two-tone version set with diamonds completes this range.

The 42mm models are automatic hour-minute-date-small second versions, and chronograph versions. They come in pink gold, steel, or two-tone steel and pink gold, with dark blue or black dial. 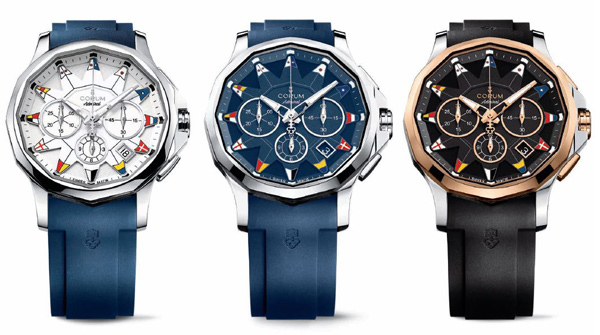