It is at the heart of this watch that the action unfolds. Equally complex and refined, the Bubble watch reveals all its inner workings via the dial, complete with endless structures.

Within its timeless and enigmatic sapphire glass bubble, the new Bubble Squelette presents a colourful and architectural extravaganza,  encouraging our eyes to explore its myriad details.

Housed in a 47 mm stainless steel case with an Eterna Movement calibre 39 and a deep blue vulcanised rubber strap, the microstructures and hands on the dial of this new Bubble watch come in three colours: green, blue and purple. 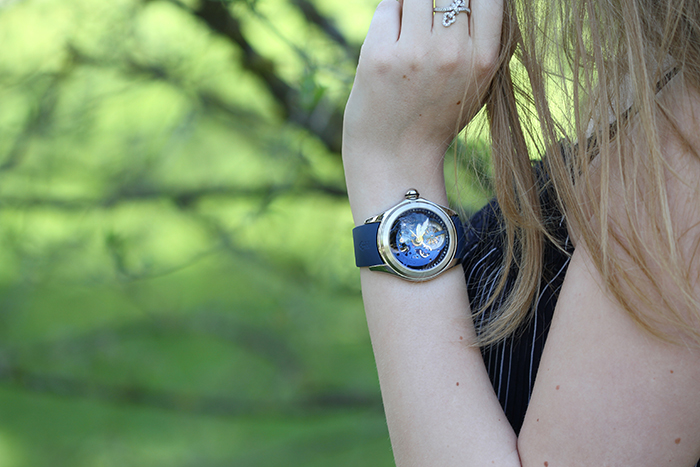