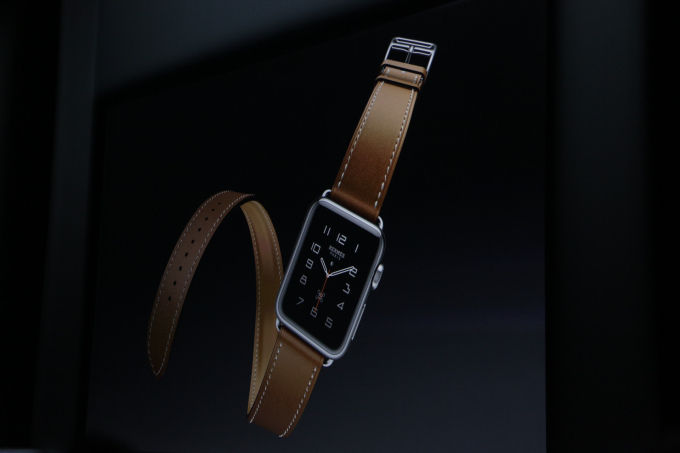 Apple has a lot to announce at today’s keynote with new iPhones, a new Apple TV and new iPads. But the company can’t just ignore its new baby, the Apple Watch. In order to keep things fresh, Apple announced that you will be able to buy new Watch bands, and the Watch Sport is now also available in gold and rose gold finishes. The company also showcased watchOS 2 once again, which will be released on September 16th.

The Apple Watch Sport is currently available in silver and space gray. It didn’t really make sense not to have a gold option for gold iPhone owners. For those who want a matching watch, rejoice! Apple heard you. You can now buy a gold Apple Watch Sport in its full aluminum glory.

When it comes to the new bands, Apple is partnering with Hermès on a new collection. It starts with a new hand-stitched leather “double tour” band. This band is going to be available in select stores in October. 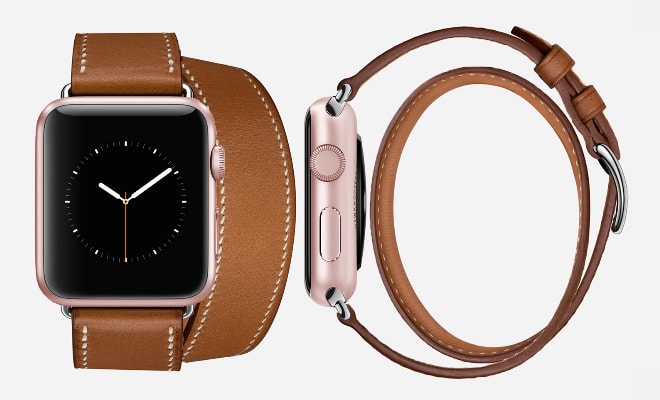 Apple has also been working on new bands. These bands are new plastic Sport bands in new colors. Until today, you could buy a white, blue, green, red and black band. Now, you can also opt for a bunch of new colors, pink, brown, various blues, a Product(RED) band. Apple is going all in when it comes to bands.

Finally, Apple has been releasing watchOS 2 betas for a couple of months. You can expect a lot of refinements for the core operating system. As a reminder, watchOS 2 brings new faces, third-party complications, transit to Maps.

But the big new feature is the addition of native apps. App developers will be able to release apps that run directly on the Watch. Previously, most of the hard work happened on your phone, with the watch displaying the user interface. Apple showcased Facebook Messenger, a big win for the platform. Facebook has been a bit shy when it comes to Apple Watch support. This is Facebook’s first app for the Apple Watch. Apple also showcased a new GoPro app, iTranslate and AirStrip.

We saw a demo of AirStrip, an app for health care providers. They’re able to view their patient schedule, but also receive and view vital information sent over to them by their nurses and staff. AirStrip takes advantage of the heartbeat sensor and allows you to send data from your Watch directly.

Apple CEO Tim Cook also reiterated the main features of the Apple Watch: You can get notifications on your wrist, you can get healthier thanks to fitness features and you can do many things with Siri.