Cartier Calibre de Diver is the third member of the Calibre de Cartier family, and in our opinion, the design codes work especially well in this iteration. The design is a distinctive departure in a sea of dive watch look-alikes. Some may feel that Roman numerals don’t belong on a sports watch, but in this incarnation, they tell those in the know who made this watch.

The  Diver’s case measures 42 mm in diameter, and it is only 11 mm thick, which is slender for a 300-meter diver. It is powered by the in-house caliber 1904-MC. Given the Diver’s resemblance to the Calibre de Cartier automatic, it’s important to note that Cartier did not simply add a countdown bezel to that watch and call it a day. That would have been the easy, and perhaps the most profitable, approach. Kudos to Cartier for not taking the easy path. 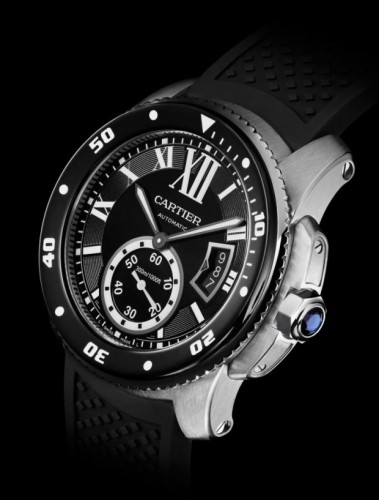 Instead, under the watchful eye of its resident horological guru, Carole Forestier-Kasapi, Cartier went much further than most manufacturers to insure that this watch has genuine dive-watch cred. Each watch is certified under ISO 6425, the official standard for any timepiece calling itself a dive watch. Among many other things, the certification means that every watch is tested to 125% of its rated depth before leaving the factory. Few manufacturers perform that level of testing. 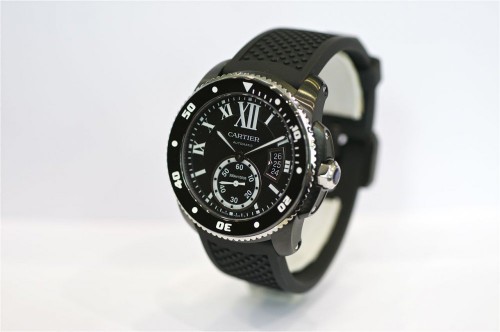