The case feels perfectly sized in 43.60mm broad. The outer bezel is titanium, with Liquidmetal (another technology shared with Omega) and blue ceramic because the remainder of the bezel. The crown and pushers are also in blue ceramic – left equally nicely.Given that this is a sport view, the most important element other than durability is legibility. I also like that the subdials on the face are visually minimized. In fact, the most prominent elements on the dial would be the various hands as well as the major markers. This allows the eyes to concentrate on the most crucial components, while other things (such as the chronograph subdials) are easy to read, but also not “in mind” when you do not want to appear at them.Perhaps the only controversial element of the dial is the date window. It does help sales of chains to have a date complication. It is also great that Blancpain didn’t design the dial with the date window clipping off anything else. On the other hand, the date window is tilted so it is a bit odd to see with its place between 4 and 5 o’clock. Additionally, the date disc itself is black, and this can be a bit darker than the “meteor grey” dial shade of the watch itself. It is really not a huge deal, but it’s going to be the 1 thing people might complain about in the otherwise beautiful dial design. There are additional splendid details which you’ll notice in the dial by just considering it. Begin by examining the clever design of the subdials, in addition to the mostly polished metal-framed hour markers.

A signature of the brand since Blancpain was revived in the 1980s, the triple calendar has been offered in various guises over three decades, but not with a second time zone, until now. The Villeret Quantième Complet GMT is the classic Blancpain complete calendar, with the addition of an additional hour hand in the centre.

Featuring a face on the moon phase disc, the calendar takes its usual position with two windows, as well as an elegant serpentine hand for the date, while the GMT hand runs along a 24-hour track for the home time zone (local time is shown via the primary, leaf-shaped hour hand). And because the second time zone adds another hand to the dial, it is now free of the seconds hand, which usually has a kitschy Blancpain logo counterweight on its end, resulting in an overall cleaner look. 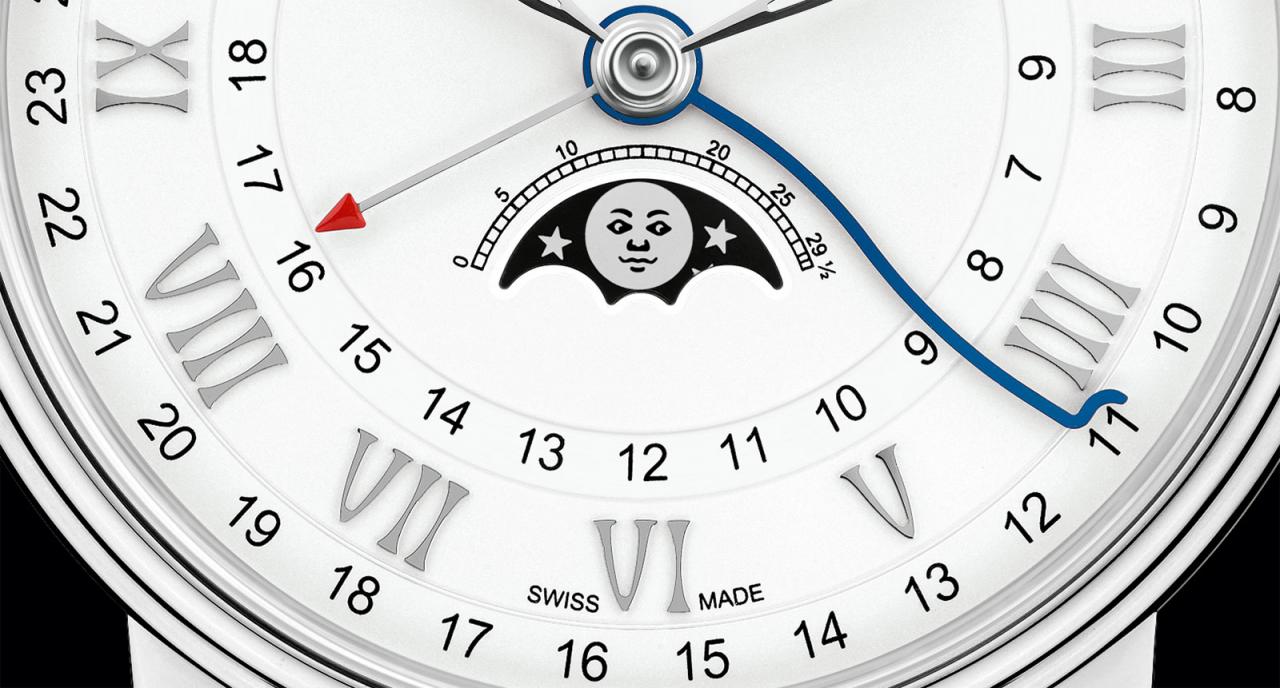 Setting the time zones is straightforward: the crown moves the local time hour hand in one hour steps, backwards and forwards. The calendar, on the other hand, is adjusted via pushers on the back of the lugs, as opposed to the traditional recessed pushers on the band of the case. This is a Blancpain patent, and found across the width of its collection of calendar watches. 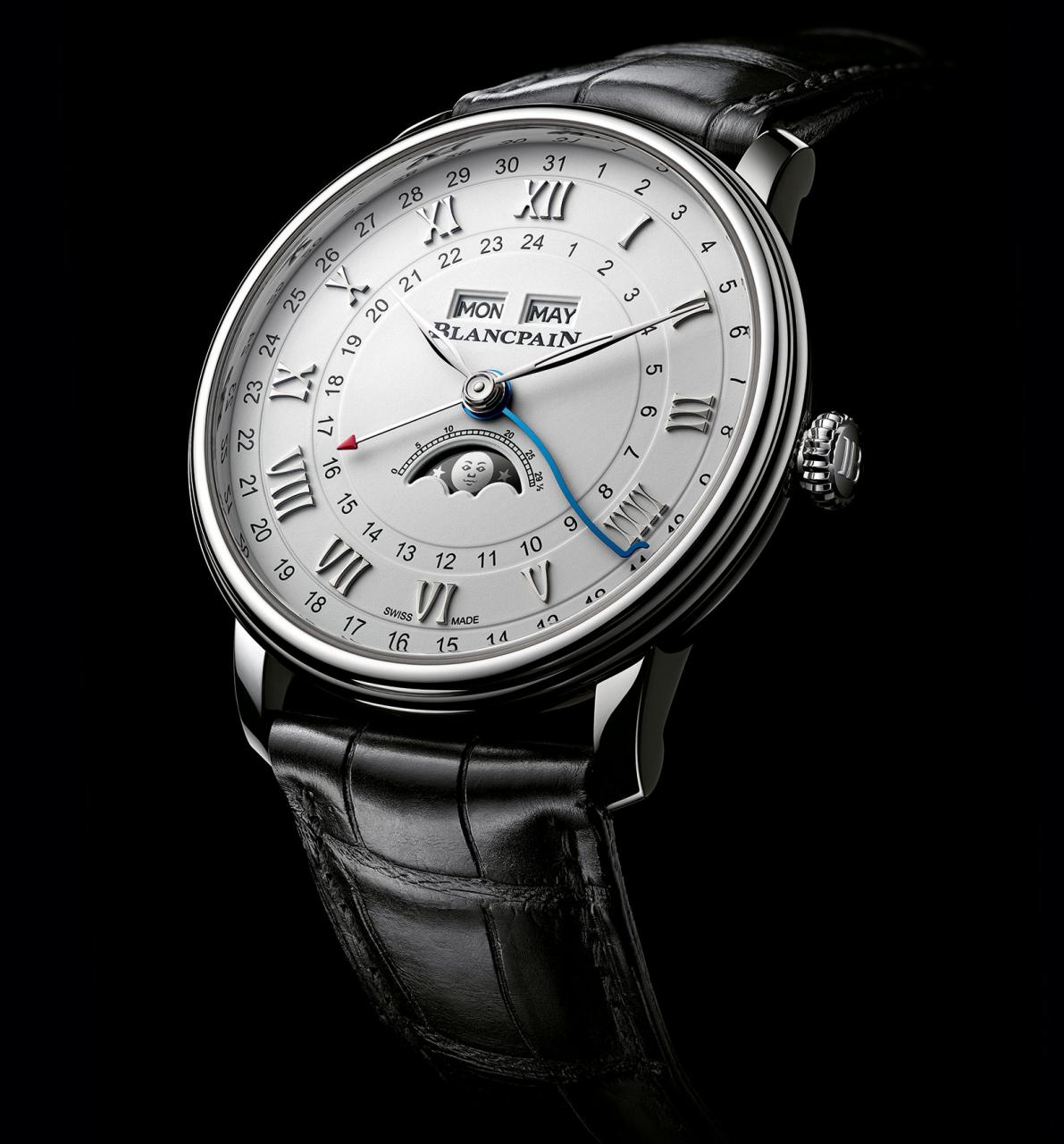 Inside is the cal. 67A5, a movement based on the Frederic Piguet cal. 1151. It’s automatic with a 72-hour power reserve, as well as a silicon hairspring. 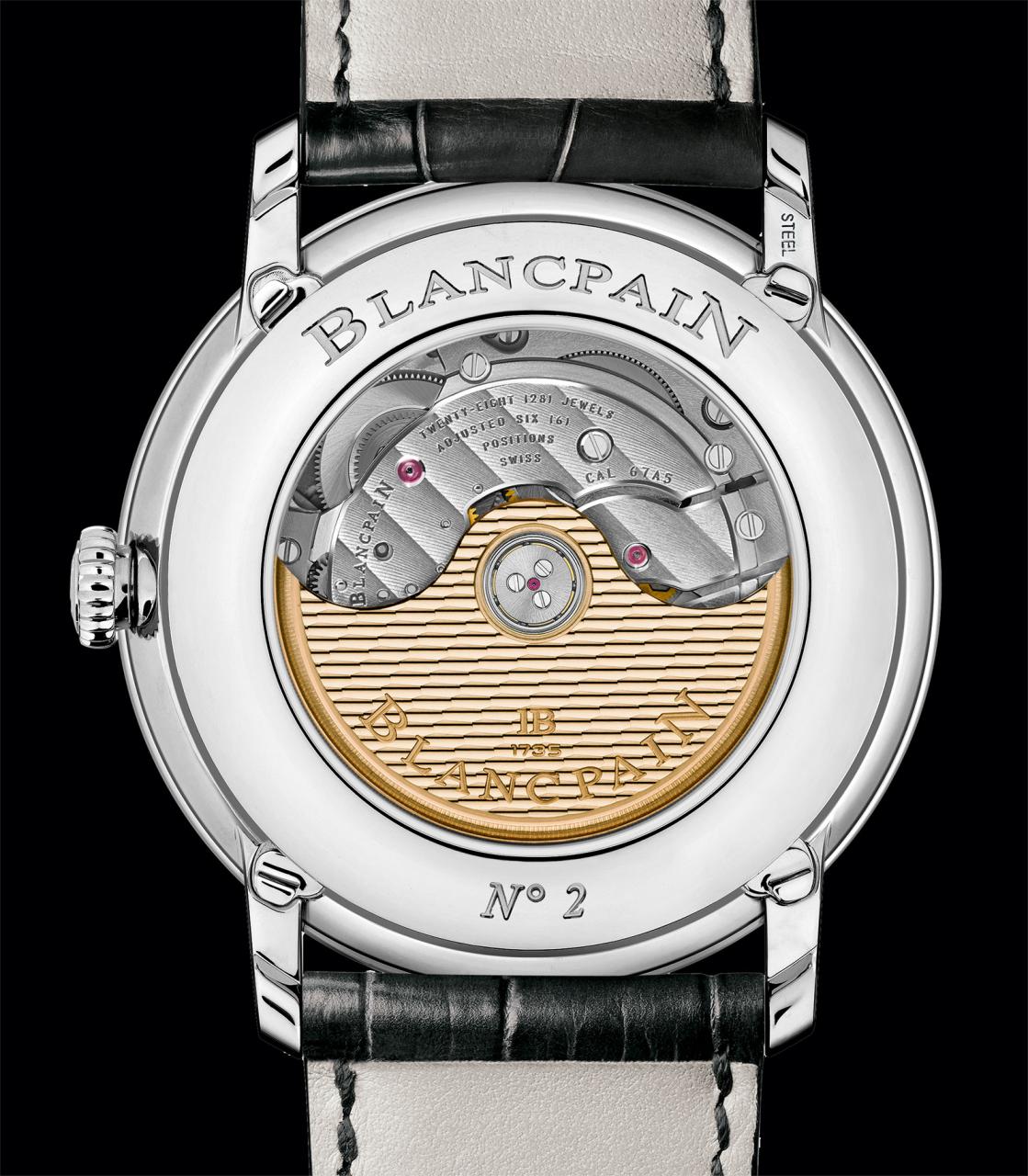 Moderately sized at 40mm in diameter and 11.8mm high, the watch is offered in either 18k red gold or stainless steel. Both share the same opaline dial with applied Roman numerals in 18k gold matching the case alloy. They are available either with a matching metal bracelet or alligator strap. 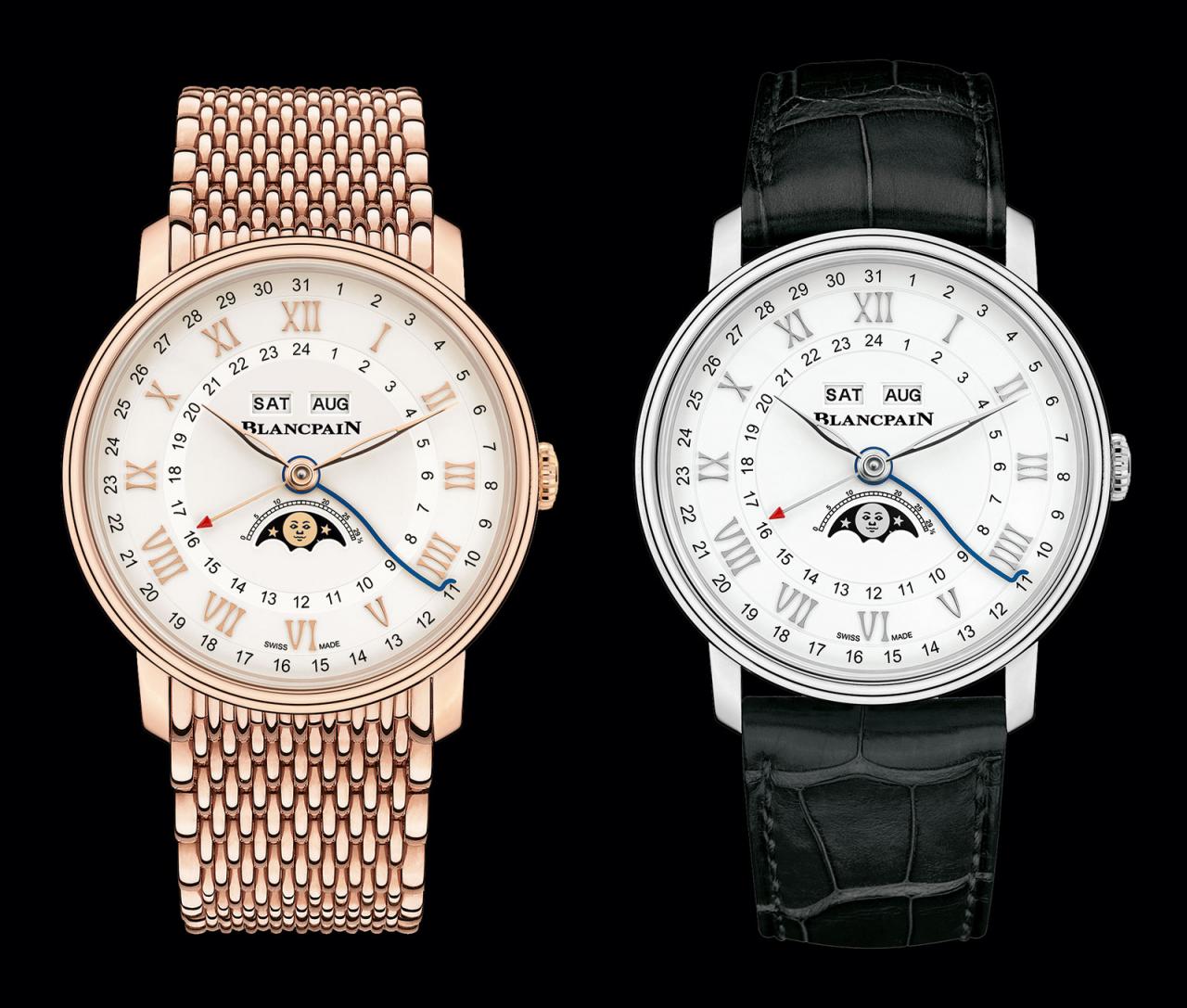