When the watch was jeopardized (as most watches were prone to back then), he had to rely on alternative means for timekeeping, or abort the dive to avoid decompression illness (or worse). It’s also probably worth pointing out that such a shield is admittedly somewhat silly within an ultra-modern dive watch that’s already water-resistant to some crushing 300 meters (and costs $14k), but the charm of this Blancpain Tribute to Fifty Fathoms Mil-Spec is not its utility, but its admirable commitment to the origin material.Speaking of source material, though the situation size on the Blancpain Tribute to Fifty Fathoms Mil-Spec has been improved from 37mm to 40mm, it is still a merciful decrease from the last time we saw a Tribute to Fifty Fathoms, which was able to actually wear bigger than its sacrilegious 45mm case thickness. This 40mm case is really the sweet spot for Blancpain divers like the Mil-Spec, which finally strikes that nice balance between carrying the highly polished visual burden of being a modern “luxury diver” while still staying true to Fiechter’s original vision. If this is a harbinger of what is to come for the next generation of Blancpain’s Fifty Fathoms collection, consider us fans.But back to the moisture indicator for a minute — a sign one would beg you never sees change color, particularly on a watch in this price range. On the original, the idea was that in the event of a moisture ingress, the contrasting white region of the half-circle in the dial could transform to a dark pink color. And the less contrast you see between the two, the higher your service bill will be. Blancpain wasn’t completely clear about what materials really include the index, but it is increased and subtly textured like the surrounding luminous plots. Functionality-wise, it is not unlike a water contact indicating tape you might find from manufacturers such as 3M.

Produced for the British Royal Air Force in the 1950s, the Mark XI is arguably the timepiece that put IWC on the path to becoming synonymous with pilot’s watches. The modern day IWC pilot’s watch collection started in 1994 with the introduction of the Mark XII, which was essentially the Mark XI in modern dress.

The new Pilot’s Watch Mark XVIII Edition “Tribute to Mark XI” is a no-frills reissue that’s affordably priced and limited to 1948 pieces. Ostensibly a remake of the military-issue Mark XI, the new limited edition edition is more precisely a Mark XII remake, having a similar dial featuring a date window at three. A triangle at 12 o’clock and baton markers at the quarters are taken from the vintage original, as are the pencil-shaped minute hand and baton hour hand. 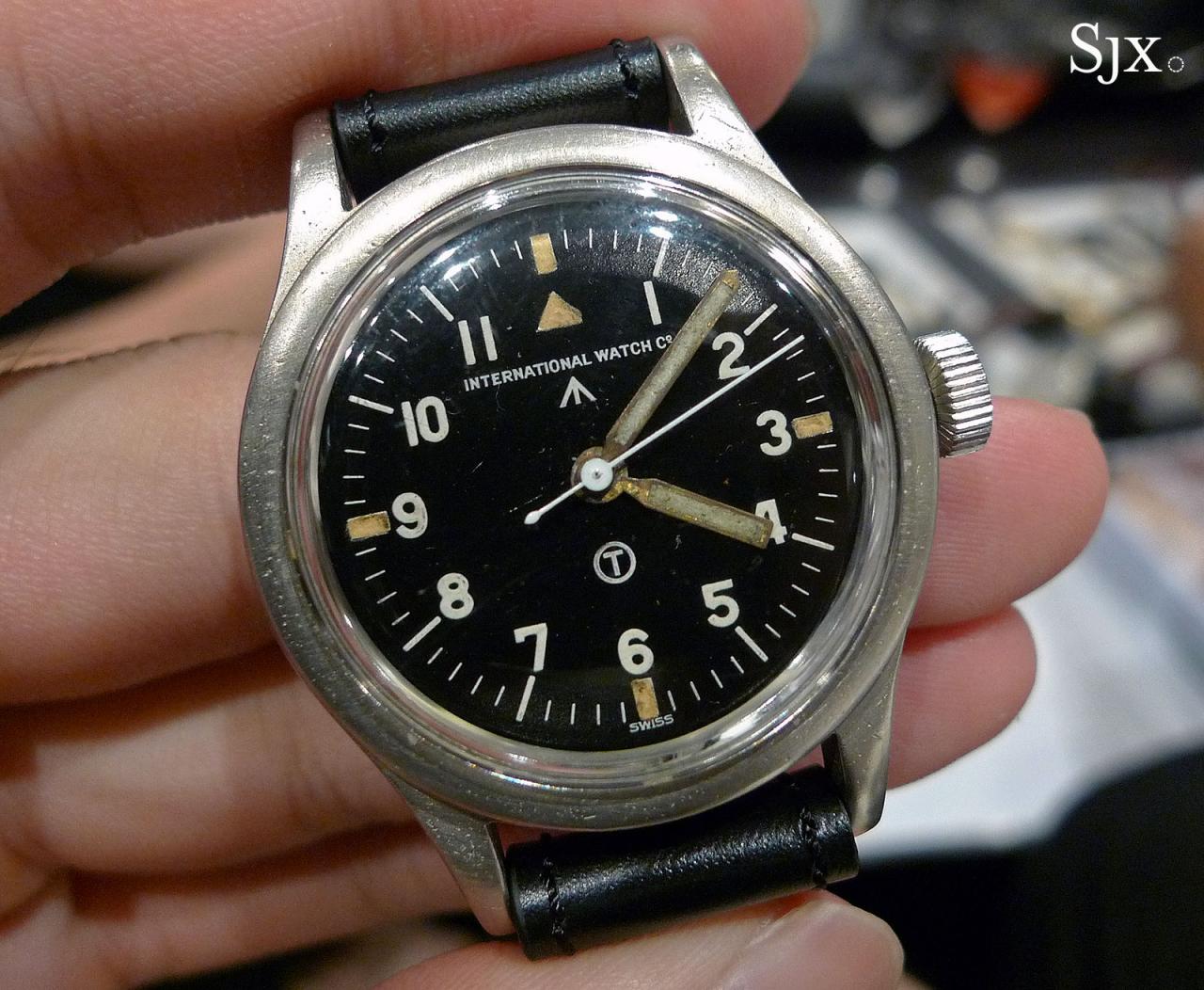 The rest of the watch is essentially stock Mark XVIII, which means a 40mm steel case with a soft iron cage inside for protection against magnetism. Inside the soft iron cage is the cal. 35111, which is actually a SW300, a clone of the ETA 2892. It’s automatic with a 42-hour power reserve.

Having seen the watch at SIHH 2017, I can say it’s attractively styled with a recognisable military inspiration, but because of the relatively slimness of the case versus its diameter, feels significantly flatter than the originals.

The Pilot’s Watch Mark XVIII Edition “Tribute to Mark XI” (ref. IW327007) is a limited edition of 1948 pieces that will be available only at Harrods in London from July to September 2017. After that it will be available at IWC retailers and boutiques worldwide, priced at €4790, including 19% European VAT.