Louis Vuitton would ultimately produce a Poinçon de Genève watch. This watch is created by designer-Hamdi Chatti Vice-President of Watches and Jewellery at Louis Vuitton, first started working together with Michel Navas and Enrico Barbazini of La Fabrique du Temps. 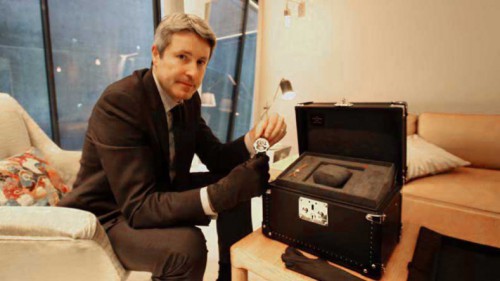 After just 18 months of development, with the designers of the case and movement working closely together, that watch is now ready. Just days before SIHH 2016, Hamdi Chatti received the green light from Timelab, the organization that oversees the approval process for the Poinçon de Genève, that this piece had passed all tests with flying colours. This is hardly surprising, however, since the engineers at Timelab have been involved in the project from the outset and all crucial component designs have been submitted to them before they went into production.

The new Louis Vuitton watch is a contemporary interpretation of the Poinçon de Genève theme. “I wanted to respect the traditions of the Poinçon de Genève but with a more contemporary design that nevertheless had an unmistakable Geneva style,” explains Hamdi Chatti, “and I didn’t want to hide all the beauty of this level of finishing behind a dial.” The new piece is therefore totally transparent from the front and back, with just a tiny dial in smoked sapphire crystal. The decorations of the flying tourbillon movement can therefore be admired from all angles. 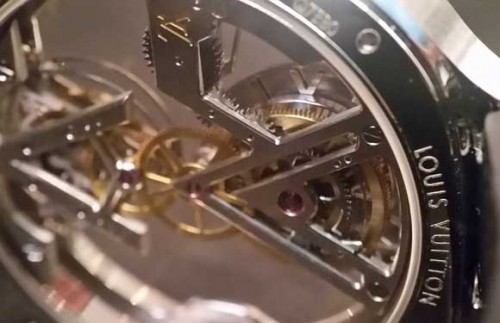 But once you take a step back from the eye-catching movement, the platinum case is also worthy of a special mention. It does indeed manage to capture signature elements from the designs of Geneva-based watch brands in the 1960s and 1970s but brings them right up to date. The shape is neither round, nor square, nor barrel shaped and marries perfectly with the movement, which is the idea. Subtle bevels on the upper and lower sides add to the organic curves that create this distinctive look.

Hamdi Chatti expects to produce only two of these watches per month at best, each selling for around CHF 200,000. They will primarily be sold directly to customers, as indeed was the example with the first piece presented on Friday in Geneva at a short and very exclusive customer event that finished at midday today. For Hamdi Chatti this will be the way forward for the brand: “We noticed when we launched the LV55 that it sold well because the deliveries coincided with the launch. From now on my aim is to have the launch of every new watch coincide with deliveries, and I am talking about within weeks rather than months. My limit is a maximum of three weeks between the two.” 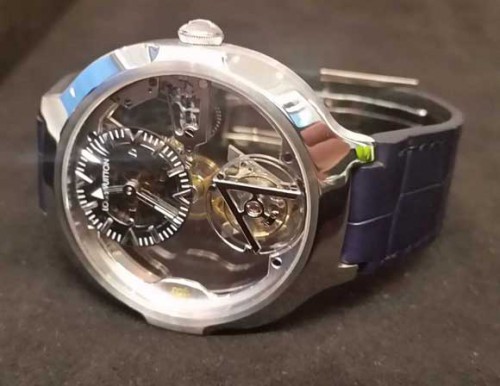