Notice the unusual pattern on the blue background? Omega has imprinted a special pattern, on the watch dial to represent ‘Bond family Coat of Arms’. COA is a pattern seen on victory shields. In the past, COA were used by armies, & knights to identify countries or regions. The coat of arms is also to be found near the tip of the ‘yellow central seconds hand’ of the James Bond Spectre Omega watch. All your friends who have watched the movie Spectre will know how special your watch is. That James Bond COA pattern is hard to miss! 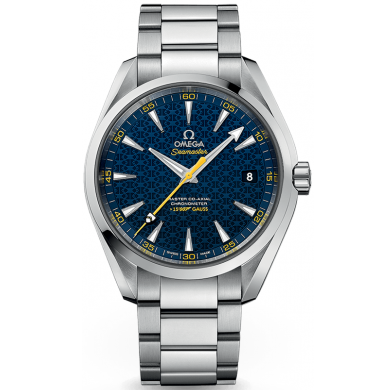 Seamaster Aqua Terra 150M is powered by the newest Omega Master Co-Axial calibre 8507. James Bond watch is resistant to magnetic fields greater than 15,007 gauss. Why is that important information?

Here’s why…The tiny parts that make the watch machinery which help in telling time, accurately, tend to be effected by magnetic and gravitational forces. Omega’s master co-axial movement is designed to withstand the effects of magnetic fields measuring over 15000 gauss, so that the time ticking on your mechanical watch is as accurate as possible!

Omega Seamaster Aqua Terra watch runs on an automatic movement with ‘James Bond’ engraved on the rotor centre. This watch does not even need a battery to power it! 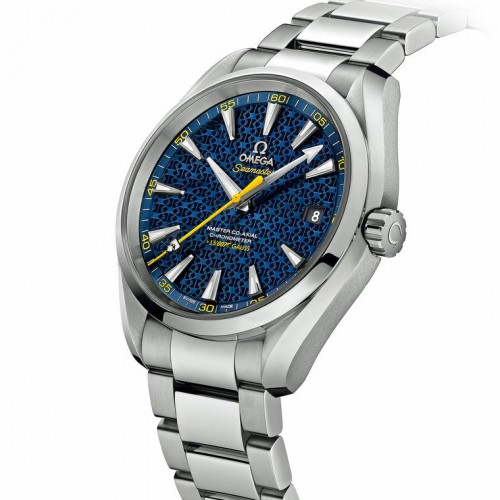 James Bond Blue Omega watch is water resistant up to 150 meters. Bond can flaunt this metal on his well built body and swim with it. However, diving with it might not be the smart thing to do! 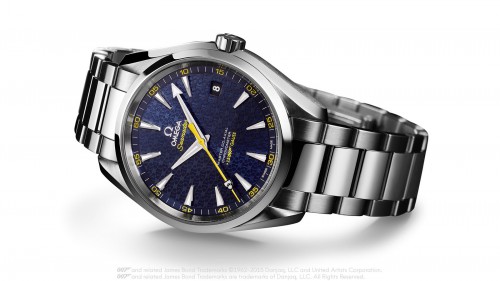 For one, the dial size of this watch is perfect at 41.5 mm. With this medium dial case, aptly sized – small lugs and stainless steel link bracelet; The entire watch piece looks like it is made out of a single block of metal. There is noticeable uniformity in its design. And that makes the Omega watch, worthy of playing both as formal or casual wrist game. It will suit medium and small wrist size but might not be quite right for a large wrist.

Unlike most watches for men in 2015, this one does not have any ‘Ceramic’ in it. I like that this watch isn’t trying too hard to make a statement. It’s beauty is in it’s simple aesthetics. This Omega James Bond watch is one of the few watches made for the Bond franchises that represent the 007 logo, most subtly. 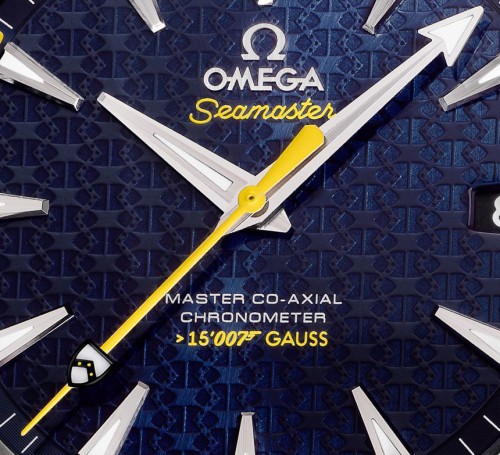