Patches of pale-colored water began appearing, dead fish floated on the ocean surface, and locals complained of a strong smell of Sulphur in the air. 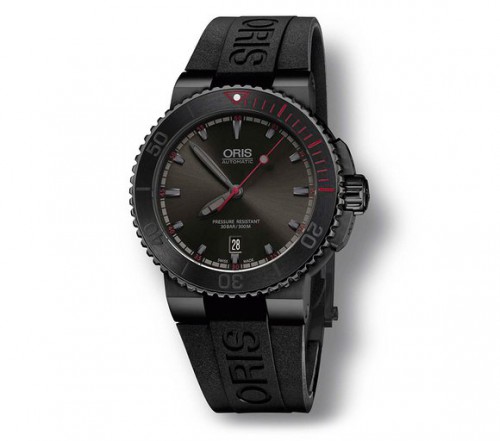 It turned out that these were the first signs of a submarine volcanic eruption, some 1000 meters below the surface of the Atlantic Ocean. The eruption continued until March the following year, leaving the cone of the volcano just 86 meters below the water’s surface.

The new El Hierro Limited Edition watch echoes the volcanic rock with its black and grey color theme, while the red used on the bezel minutes scale, dial and central seconds hand represent molten lava. The caseback of the watch will feature an engraving of the volcano and its coordinates. 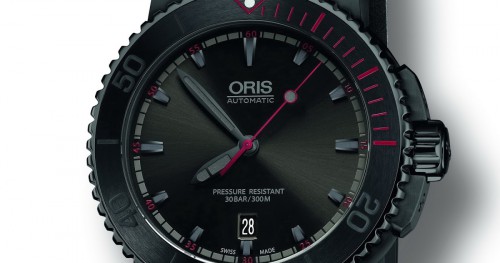 The El Hierro LE is powered by an automatic movement. It has all the features common to Oris’s collection of Aquis diver’s watches – including: a unidirectional rotational divers bezel with a ceramic inlay, a crown protection device and a water-resistance to 300m. It comes on a black rubber strap with the Oris-developed safety anchor and quick-adjust sliding-sledge folding clasp.

Oris has partnered with the Spanish Institute of Oceanography (IEO) to support three student scholarships at the Faculty of Marine Sciences at the University of Las Palmas de Gran Canaria (ULPGC). 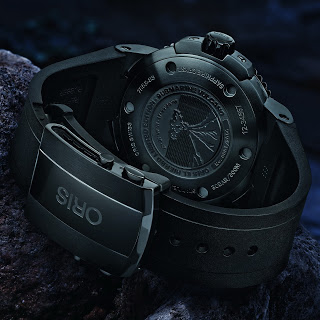 The travel scholarships will be open to those studying for a Master’s degree in oceanography and will include internships which will be framed to the Master thesis project in relation to the El Hierro volcano. Despite being a UNESCO Biosphere Reserve since 2000, the volcanic El Hierro is the least studied of the Canary Islands.