Oris unveils its new model the Great Barrier Reef Limited Edition II,  Oris had collaborated with the Australian Marine Conservation Society (AMCS) over fine years. This watch will be limited to 2,000 pieces.

The project is a means to raise fund, through the sale of these limited edition watches, for conservation and protection works on the Great Barrier Reef. This time, they have worked with AMCS once again, to create the Oris Great Barrier Reef Limited Edition II. 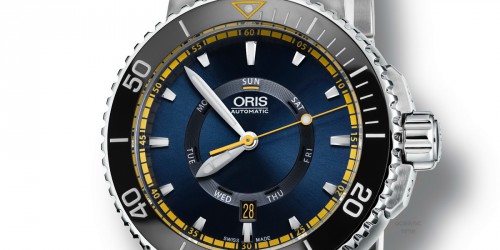 The watch is based on the Aquis, one of Oris’ best-selling divers’ watches in their collection. With the collaboration in mind, Oris had incorporated the theme of the sea into this timepiece. The watch, as seen from the picture, features a sea-blue dial that is accompanied with a coral yellow minute chapter ring at the minute marking track of the dial. The coral yellow is also featured in other aspects of the watch as well, such as the the day and date indicator, as well as the triangle on the bezel at the 60th minute mark. 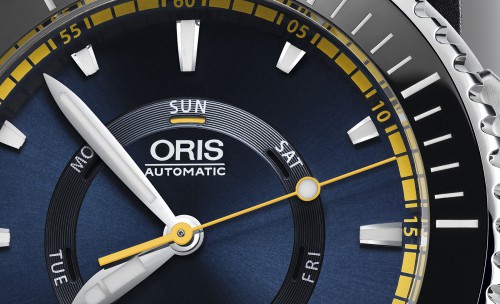 There are also several other features that makes it a rather formidable dive watch. One of which is its 46mm stainless steel case, in which it is water-resistant to 50 bar/ 500 meters. It is also fitted with an Oris-developed safety anchor and quick-adjust sliding-sledge folding clasp on the rubber strap. The system was developed in collaboration with professional divers to ensure its functionality and applicability. 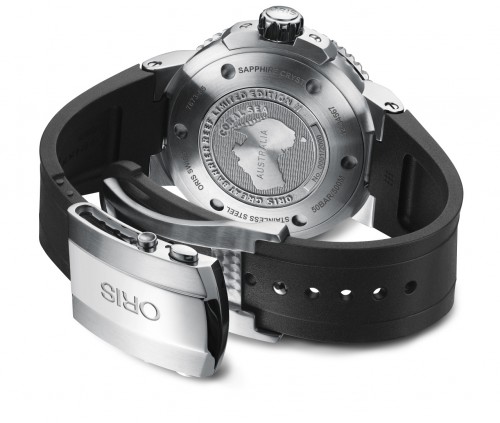 The watch is powered by Caliber 735, an automatic movement that is based on Sellita’s Sw220-1. It features a date indicator, as well as a day indicator that can be found via the inner chapter ring. Its power reserve is approximately 38 hours.

The Oris Great Barrier Reef Limited Edition II retails at CHF2,100, in which a portion of the proceeds will be donated to AMCS for their conservation efforts.