The Piaget Altiplano 900P is truly impressive. Until now, Piaget has accustomed us to slim but simple watches: time-only, small second or date were the only indications displayed on the Altiplano’s dials, which of course remains extremely spectacular. But what about real complications, for those who are always looking for the extra feature? Piaget heard them and comes to us with a chronograph edition of the Altiplano, another record breaker. On the top of that, it is not just a simple chronograph but quite a complicated one actually. 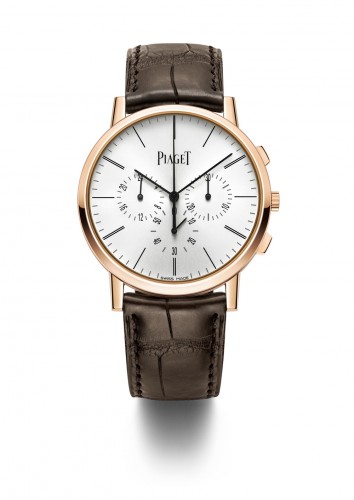 For the Altiplano Chronograph, Piaget brings a 4.65mm movement. That makes almost 3mm more than the 900P. Yes, but do consider the amount of new parts included in the movement in order to have a chronograph. Not only it has the gear train, escapement module and barrel of a classical movement, but on top of that it also comes with all the gears, levers and springs required by a chronograph. The Calibre 883P may not be Piaget’s thinnest movement, it remains the thinnest chronograph calibre in the world.

So, we’ve checked the fact that the movement has almost no thickness. Then, we also have to understand how impressive this movement is, considering its specifications. It comes with a column wheel and a vertical clutch to actuate the chronograph functions – the ‘best of’ for chronographs – it has a flyback mechanism – a reset to zero by only pressing the pusher once instead of doing 3 actions – and it is dual-time – yes, the sub-counter at 9 is a second time-zone. Cherry on the cake, it boasts 50 hours of power reserve. 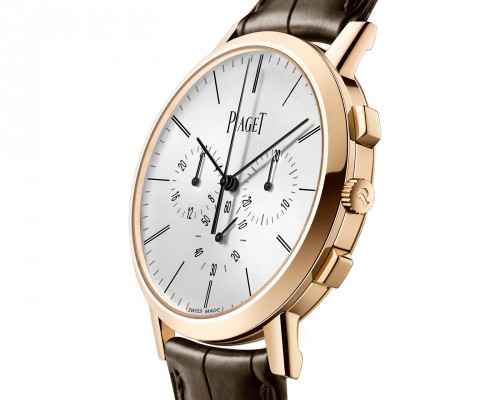 This is all due to an integrated design and a superb work of Piaget’s teams to reduce the size of the gears and wheels.  The movement is also nice to look at, with circular Geneva Stripes, circular graining on the main plate, polished bevelled angles and blued screws. The column wheel and several gears can be seen from apertures in the large main bridge.

The Piaget Altiplano Chronograph comes in a 41mm case made of 18k rose gold for a thickness of 8.24mm . Consider also that the sapphire caseback adds some extra-thickness. The face of this timepiece is typical of Piaget’s creations, with a silvery dial and black batons hands and indexes. Note that the dial is totally flat, without recessed parts for the sub-counters like almost all chronographs, once again to gain thinness. The rest of the dial shows a small second at 6, a 30-minute counter at 3 and the second time-zone at 9. 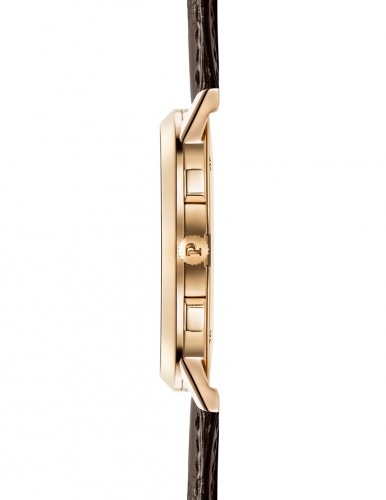 With this Altiplano Chronograph, Piaget once again proves how capable is the manufacture by bringing us not only a record setting movement but also an impressive, technical and extremely elegant watch. For sure, it’s thinness is the first feature to notice. However, the Piaget Altiplano Chronograph should not be reduced to this as the horological content would have been impressive even in a 14mm watch.