Richard Mille presents the latest evolution of the model dedicated to “Rafa” few days in advance of this major tournament every year, the French Open or Roland Garros, as it was named after the French aviator and World War I fighter pilot. Rafael Nadal is the only tennis player in history to have won a single Grand Slam tournament nine times. 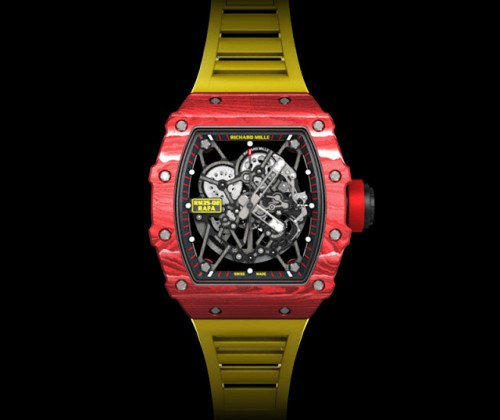 The new Richard Mille RM 35-02 Rafael Nadal is the first piece to feature an automatic calibre in this collection whose distinctive traits are lightness and shock-resistance.

Like its predecessors, from the RM 27-01 with its cable-suspended movement to the RM 27-02 with its NTPT Carbon unibody’ baseplate – the RM 35-02 Rafael Nadal is a demonstration of Richard Mille’s capability to innovate. 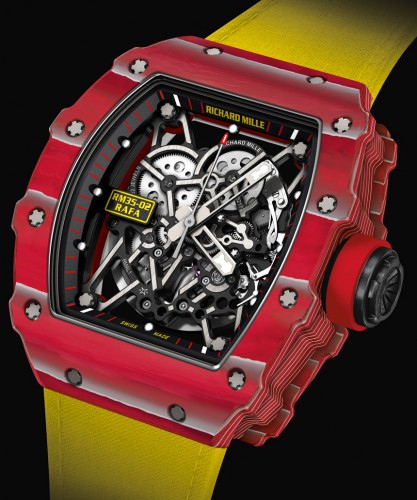 Powered by the new RMAL1 calibre, the base plate and bridges are made of wet-sandblasted grade 5 titanium, treated with PVD/Titalyt and stretched to ensure smooth surfaces. Its variable inertia balance wheel oscillates at 28,800 vph, and is driven by a double-barrel system which delivers 55 hours of power reserve.

Inspired by the RM 35-01, the RM 35-02 was designed in response to a request from customers for a self-winding mechanism at the heart of a Nadal calibre. Richard Mille opted for its patented variable geometry rotor which makes it possible to adapt the winding to the user’s activity level. 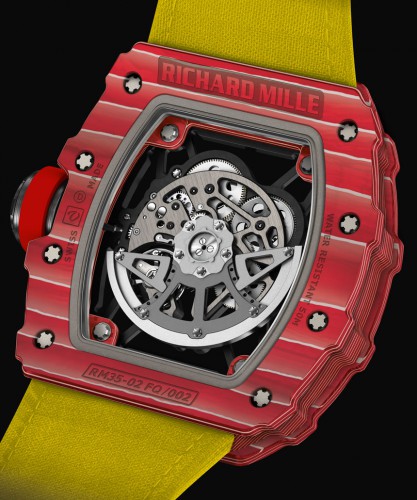 By adjusting the six positional setting of the rib’s placement, the titanium rotor’s inertia is modified, either speeding up the winding process in the case of minimal arm and hand movements, or slowing it down in case of intense activity.

In another first for the Nadal collection, the caseback is protected by a sapphire crystal sporting an anti-reflective treatment so that the calibre may be admired from every angle. 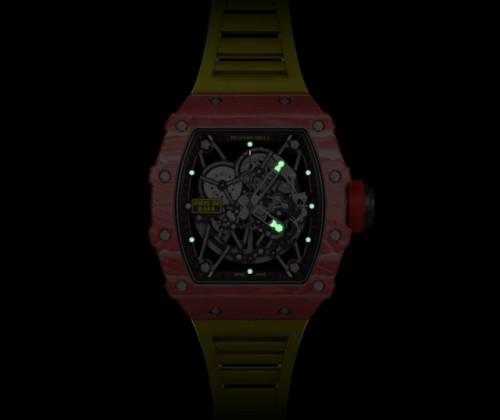 The 49.94 x 44.50 x 13.15 mm case of the new timepiece will be available in either NTPT Carbon or a new bright Quartz-TPT Red with white highlights, both designed for exceptional biocompatibility, stability and resistance.

These materials are composed of multiple layers of parallele filaments obtained by dividing carbon fibers or silica threads. These layers – no thicker than 45 microns – are impregnated with resin then woven on a special machine and heated to 120° at a pressure of 6 bars.