Leading up to the days of SIHH 2016, Richard Mille has announced that they would be unveiling the RM 67-01 Automatic Extra Flat. The RM67-01 will come in the now familiar Richard Mille tonneau shape, but now created in extra flat form. It will be powered with the automatic movement CRMA6 of only 3.6mm in thickness and a platinum rotor with a power reserve of 50 hours. 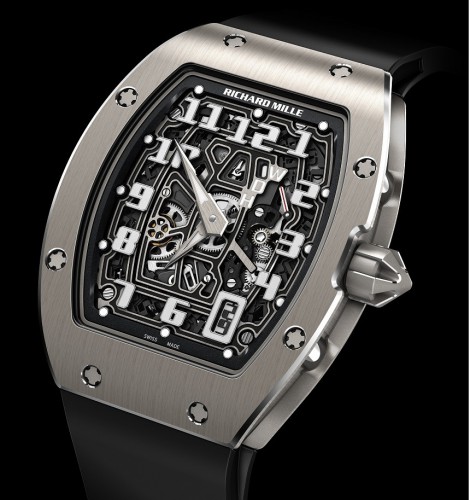 Richard Mille is well known for their extra thin watches and the latest RM67-01 which will be introduced during SIHH in 2016 is sitting at just 7.75mm high. It is also 38.7mm in diameter and with a length of 47mm.

The dial is skeletonized, and the dial construction is a new approach to direct the eyes from the edges of the bezel to the center of the dial. The numerals are new, and created from solid metal and mounted on two linked and rigid titanium rails attached directly to the movement. This is a novel approach and creates a sensation of depth, as each numeral is sculptured and filled with Luminova. 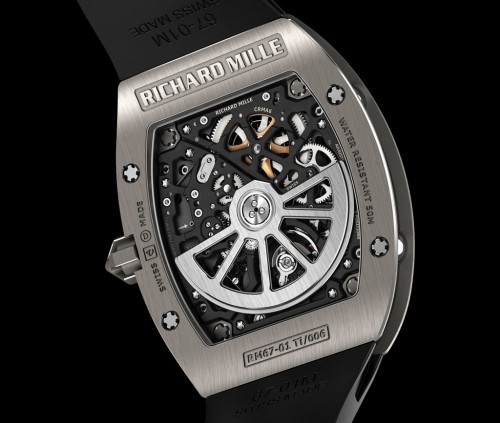 Located at 2 o’clock is the function indicator for the Winding, Date and Hand setting for the watch. A different function can be selected with each pull of the crown, and takes the guesswork out of which mode the watch is in for ease of winding, date or hand setting. The date display is located in an unusual location, which many may not notice at first glance, but is at 5 o’clock in a vertical aperture.

The automatic movement CRMA6 created for the RM67-01 is just 3.6mm thick, designed in house by the Richard Mille engineers in Les Breuleux. Both the base plate and bridges comes in grade 5 titanium, finished with gray and black electroplasma treatment. 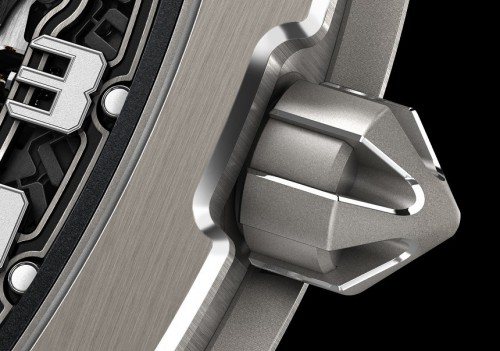