Richard Mille is keenly anticipating the 2016 season because it  become the official timekeeper of Europe’s leading polo club, with its three major events : On the 22nd of May, France and Argentina will come head-to-head in a historic match. The Charity Cup at the JustWorld International final will take place on the 5th of June, while the 18th of September will see the 15th Men’s French Open and the 5th final of the Women’s French Open play out at the same time.

As for all events at the Polo Club since last year, Richard Mille will keep time for the chukkas – a period of 7 minutes and 30 seconds into which each polo match is divided. 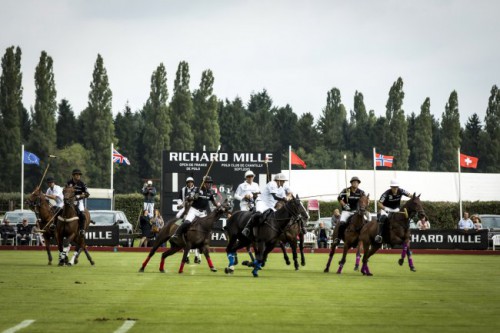 Polo is not only ‘the sport of kings’ but the world’s oldest team sport. It demands physical performance, endurance and concentration. It is an intense and fast sport where the horses physical engagement and that of the riders play a key role. Given this intensity, Richard Mille needed little encouragement to step into this world in 2011 alongside the Argentinian Pablo Mac Donough, one of the most talented players of his generation. The RM 053 Tourbillon, created for and in collaboration with Pablo, features a highly skeletonised plate, meaning that the ultra-light movement is less exposed to the centrifugal and centripetal forces generated during matches. The watch was specially designed in order to protect the tourbillon movement from mallet blows. The ‘armour-plated’ case in titanium carbide is double-embossed, and the two windows at its base – angled at 30°- ensure maximum readability. 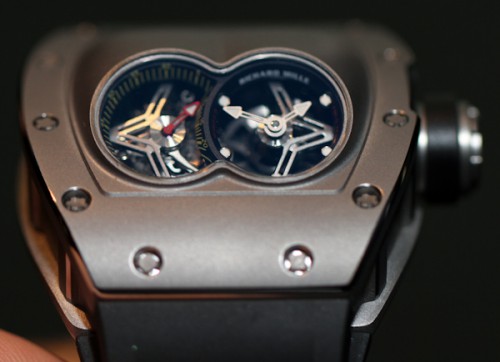 While Richard Mille’s commitment to this royal sport dates back a long way – the brand even had a team in its colours once – it was only last year that the Chantilly Polo Club and the Swiss watchmaker joined forces. On the occasion of the second Chantilly Arts & Elégance Richard Mille in 2015, a spectacular demonstration match was organised, featuring some of the top international players, including Mac Donough. 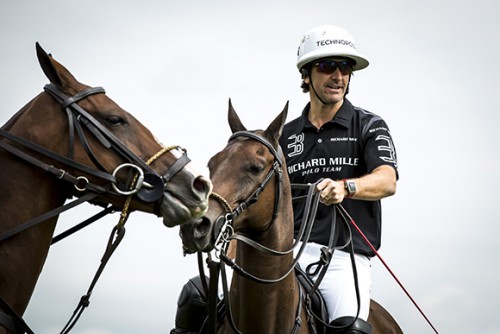 This year, the partnership with the Club – established in 1996 by Patrick Guerrand-Hermès – looks set to deepen further still. The founder has realised his dream with the development of a centre of international stature around a 205-hectare site that is one of a kind with quality infrastructure: 30 paddocks, 9 polo fields, 200 boxes, 800 horses during the season, and over 250 riders. Another major achievement of the Chantilly Polo Club is to have boosted the growing popularity of women’s polo by organising the first ‘Ladies’ Open on the international circuit.

To celebrate their friendship, Richard Mille and the Polo Club will organise Polo Clinics run by Pablo Mac Donough. These masterclasses give newcomers an introduction to the sport in the company of one of its greatest champions, and are the perfect opportunity to discover the RM 053 in action.