Roger Dubuis presented Excalibur Quatuor for the 2016 racing season gears up. This comes as part of Manufacture Roger Dubuis’s role as primary sponsor of the FFF Racing Team created by the 31 year-old Chinese tycoon and racing enthusiast Fu Songyang.

Multiple parallels can be drawn between the world of motorsports and that of Roger Dubuis, including dedication to performance and precision, and a relentless obsession with incredible mechanics, expressed through finely tuned engines and equally state-of-the-art, meticulously honed movements. 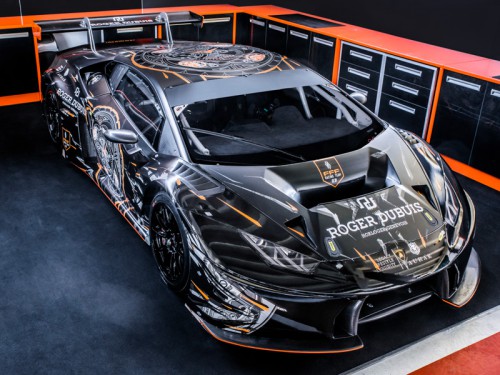 This cooperation will encompass 15 races across Europe and Asia, notably as part of the Le Mans Cup raced on such legendary tracks as Imola and Le Mans, as well as the GT Asia championship with events held in Korea, Japan and China. This will also extend to the GT World Cup in Macau and a dedicated FFF event in Shanghai.

As per the framework of this partnership, five GT supercars (two Lamborghinis and three McLarens used by FFF) driven by five professional drivers, will be competing in the colours of the Manufacture. 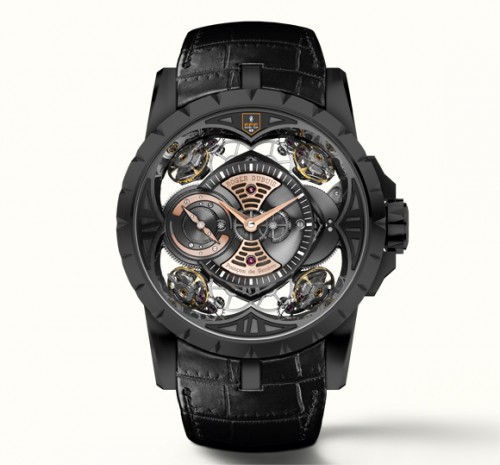 The eight-piece limited edition of its iconic Excalibur Quatuor marks this unique Roger Dubuis collaboration. The Excalibur Quatuor was introduced in 2013 and its affinities with the world of racing are vividly apparent. This stunning model features pink gold accents creating a warm and striking contrast with the charcoal rhodium-plated finishing as well as with the black DLC titanium case. This timepiece sporting the FFF logo at 12 o’clock clearly displays its revolutionary means of compensating for the earth’s gravity by means of four sprung balances together with five differentials. The Excalibur Quatuor was the result of five years of research, 24 months of effective development, and 21 watchmaking crafts with 40 people involved in the project.

These bespoke timepieces from the Excalibur collection will be presented during the Shanghai and Macau events and the inimitable Quatuor design will also be featured in selected areas. 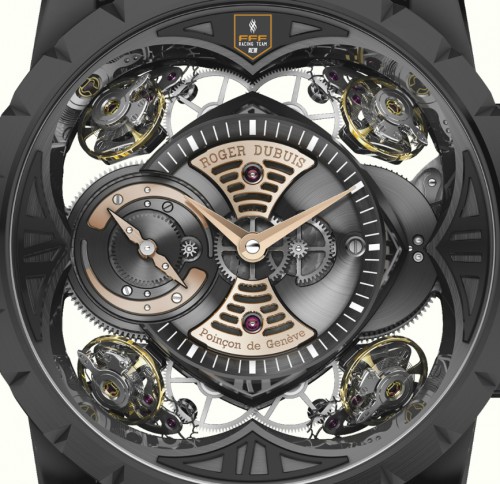 Jean-Marc Pontroué, CEO Roger Dubuis, said “Roger Dubuis and the FFF Racing Team share a fascination for – and indepth knowledge of – what we like to call haute mécanique, the high-octane mechanical equivalent of haute couture. This partnership embodies our intrinsic values and priorities as a specialist of architectural and technical mechanics.”