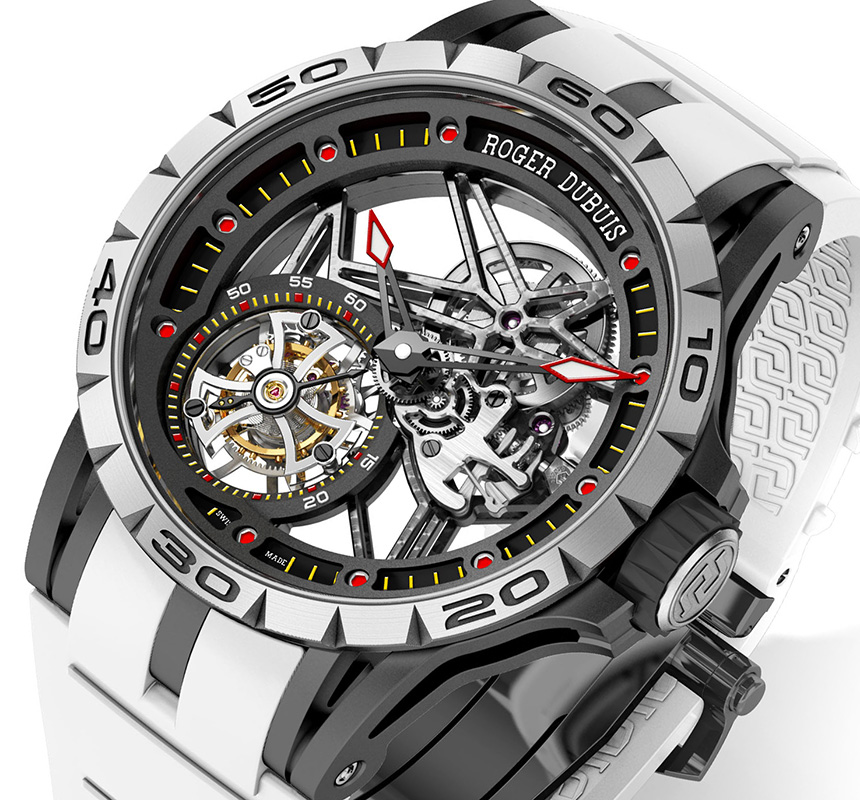 Limited editions in the world of luxury watches are quite commonplace. When you start talking about watches that are a limited release, and limited to a particular country, things sometimes get interesting. This often takes the form of a watch that is available only through a boutique that resides in said country. That is precisely what we have going on here with a new iteration of the Roger Dubuis Exalibur Spider Americas Edition available exclusively through the Roger Dubuis New York boutique. 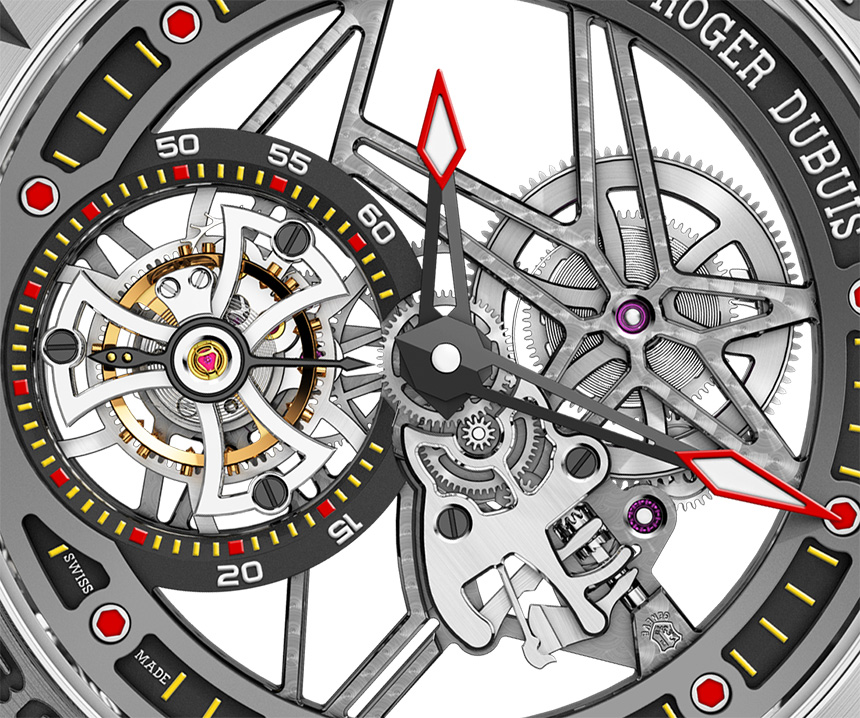 Yes, that’s right, watch fans – this is an American-only watch (USA! USA!). Well, ok, anyone can buy it, sure – but they will have to travel over to New York to pick one of the twenty pieces up. Should you find yourself in that position, you will be getting not only the very scooped-out “spider web” look of the hand-wound RD505SQ calibre (which also looks like stars to me), you will also have a flying tourbillon whirling away on your wrist. With extremely skeletonized watches, like we have here with the Roger Dubuis Exalibur Spider Americas Edition, I am frankly amazed at the work done on the dial and case.

By that, I mean how tidy-looking things are kept, all while keeping the “interesting” bits exposed, and tucking everything else away in layers under the structure that still remains. The tiny machines are amazing, and then when you constrain yourself with these sorts of limits, that does certainly elevate things a good bit. Unfortunately, it also afflicts the watch with something that hits a lot of these skeletons – reduced legibility. 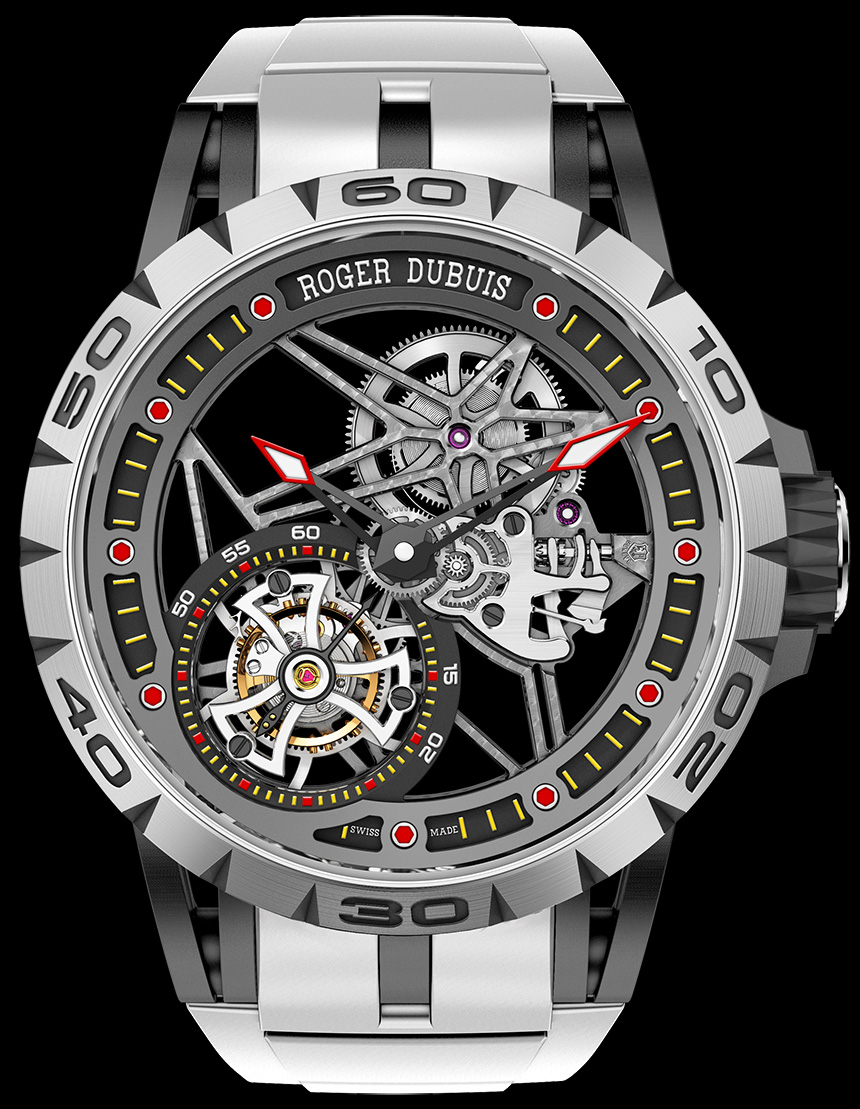 That said, you are likely not going to mind having to stare at a watch like the Roger Dubuis Exalibur Spider Americas Edition for a bit longer in order to tell the time. And who knows, maybe in person, those white-filled tips on the hands (one presumes lumed as well) are easier to pick out in the 45mm case than the pictures suggest. I just know that the rest of the hand being dark as it is will make it tricky. Yes, it blends thematically with the movement/dial, but I could certainly go for some contrast – say, fully red hands. 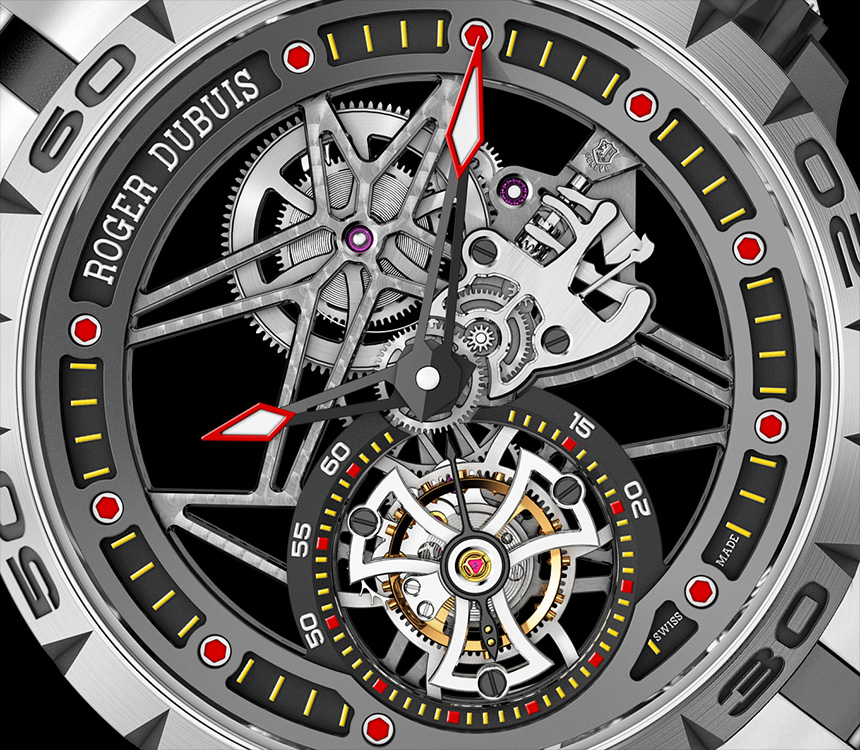 Speaking of color, that was another somewhat odd choice in my book for a USA-exclusive watch. This version of the Roger Dubuis Exalibur Spider features red and yellow accents – I would have figured something more to the red, white, and blue scheme could have been executed. Expected? Sure, but it could be done well (in fact, swapping yellow for blue on this watch would do it), and seems like a miss on this particular version. Then again, there must be a reason for it, and I’m sure those who are more well-versed in the world of Roger Dubuis Watches On Ebay will let me know in the comments below. 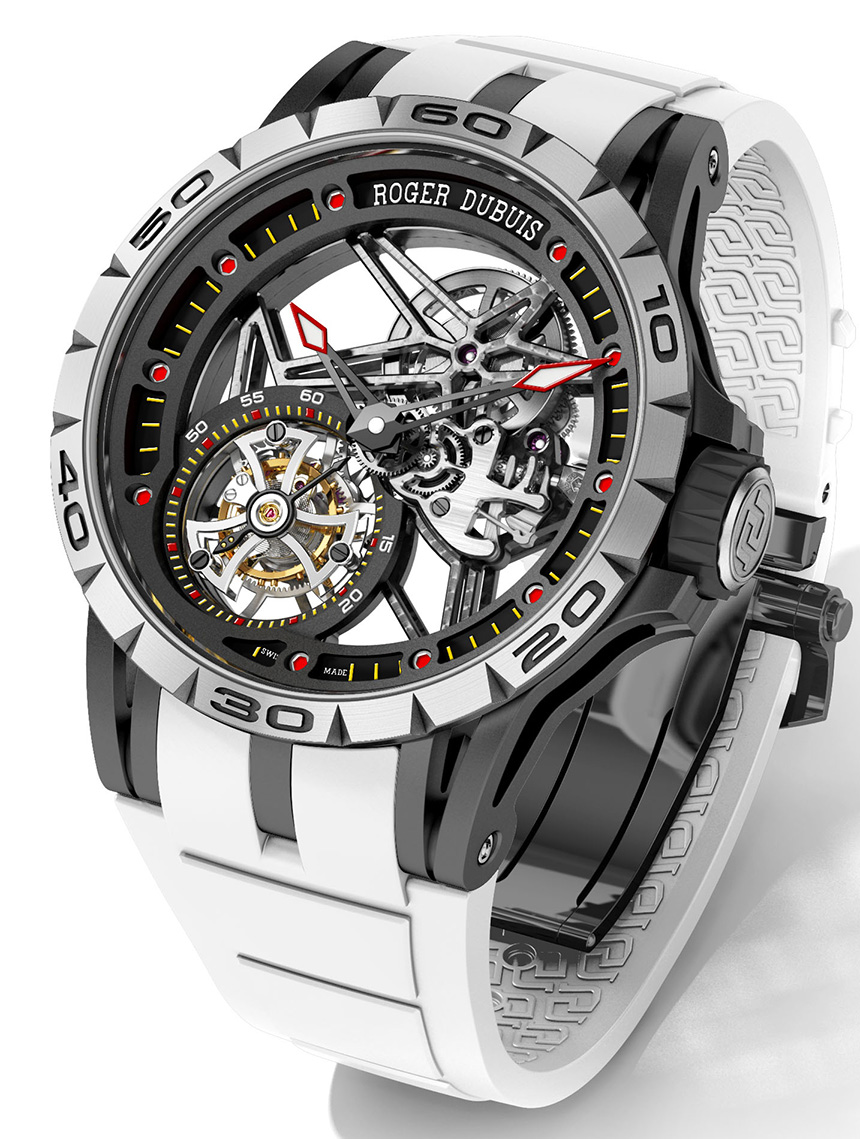 I also have to call out that, for all the airy-ness of the design, it still comes in at a fairly hefty 13.75mm thick – guess all those gears have to hide somewhere (hint: it’s vertically). That aside, for those who want an amazing bit of timekeeping architecture on their wrist, the 20-piece edition of the Roger Dubuis Exalibur Spider Americas Edition is available at their New York boutique at a price of $167,500, at Roger Dubuis Watches Sale 545 Madison Avenue, New York. rogerdubuis.com

Roger Dubuis state the RD820SQ requires 530 hours to make with a few 170 hours dedicated to the Geneva Seal (that is a complete week with each hour spent on meeting those requirements). With the updated criteria for your Seal, since 2013, water resistance, power book, and accuracy are tested too, that has been long overdue.The movement was designed to be seen, and nearly all 167 parts containing it can be seen from the front and rear because it ticks along at 4Hz, together with the single barrel observable in the center of their star-shaped bridges, providing an energy reserve of 60 hours. This foundation standard (by Roger Dubuis Knight Watch criteria) remains a powerful one for the new, as it reveals its versatile looks from medieval themed watches to ones connected to engine sports — not many motions that put so much on screen can perform that.On the wrist, the lightweight titanium case, the airy movement along with the cushioned rubber strap make the Roger Dubuis Excalibur Spider Pirelli Automatic Skeleton wear very comfortably, right out of the box. Legibility may be better, as the domed crystal often shows a blue-ish hue at some or all its surface. Painting the palms in their whole lengths to the vibrant color of the watch would also create the hands stand out a bit more — when the countdown to the race is about to finish, you would better have the ability to tell quickly and accurately what the second hand shows.In outline, Roger Dubuis made a daring move by opting for this market that had been quite clearly unused by luxury watch brands and teamed up with a renowned tire maker — we want not tell them it is not a glamorous institution, they sure knew that if shaking hands over it… But then again, who said everything needs to be restrained and discreet and desperately “luxury” in the world of watches? Being into automobiles and racing like I am, and having experienced a whiff of that noisy atmosphere too, I can totally see this view working brilliantly in this environment and for that audience. For getting the comprehension of the scalability and elastic design language, and using all that to proceed after a crowd with such a purpose-designed bit, they deserve some kudos.