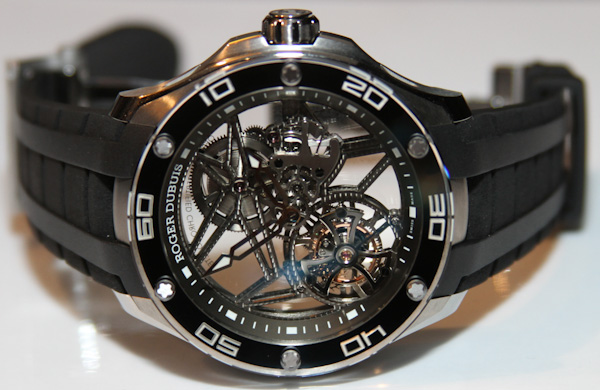 “Where am I?” I wondered as I checked out Roger Dubuis’ SIHH 2012 booth. It feels like I am looking at a scene from the Borg mothership. Over the last few years the Swiss brand has changed its identity a few times, reinvented its watches, distanced itself from the man Roger Dubuis, re-hired the man Roger Dubuis, and overall had one of the most interesting and tumultuous modern histories of most any high-end watch brand out there.

For 2012, the new push is on “Roger Dubuis Worlds.” Each distinct collection gets its own universe to live in. There is the casino world of the Monegasque, the knights and dragons world of the Excalibur, and the… sophisticated cat burglar world of the Pulsion. That’s right, unless I was confused by blue lasers and secret library doors, the new Pulsion collection of watches is for today’s enterprising young non-violent action-oriented criminal. Of course that would be silly to suggest, but that is kind of the theme. That Borg salon room I was in actually was intended to be the safe our thieving hero was to break into and get a Pulsion watch. Oh, OK – so Pulsion is the prize maybe? Anyhow… 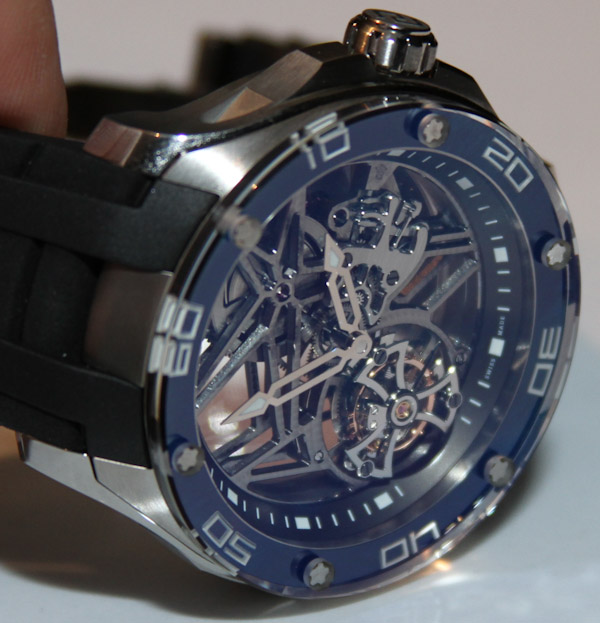 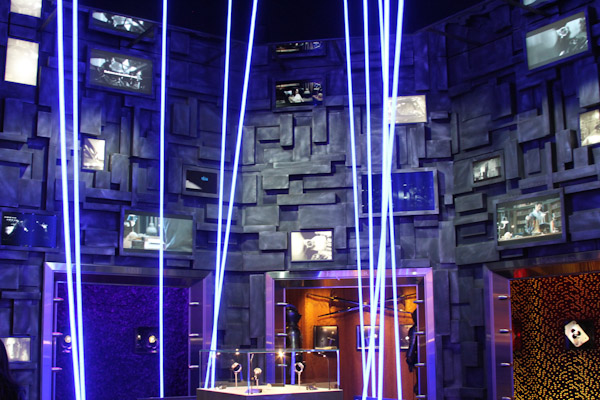 Despite this rather ridiculous premise and some quirks I hope will be sorted out before the retail versions are launched, I really like the Roger Dubuis Horloger Genevois Watch Pulsion watch collection for one major reason. That reason is because it is fun, light-hearted, and meant to experiment with design and production direction of the likes we haven’t seen in a few years. The most forthright watch brands I speak to admit that we are in traveling in slow, steady years. That means few new watches, SKU consolidations, conservative designs, and safe bets. Come to think of it, the watch industry is so much like Hollywood it is amusing. I need to entertain that idea for a later article. Nevertheless, you see wild stuff like this from Roger Dubuis with an unclear market and some bold design cues, and you love it for the effort and lack of sheer sensibility. Ironically those factors get me a lot more excited about watches than do historic rehashes and playing with heritage.

On the wrist, the Pulsion watch is a tender wearer with a wrist-hugging case and comfortable rubber strap. A metal bracelet option would be stellar if it existed. Given its wide lugs, this is a big-sitting 44mm wide case that is offered in a titanium or 18k pink gold. In total, four versions of the Pulsion are offered for 2012. The rubber strap by the way is quite interesting in its design and even has alternating finishes. 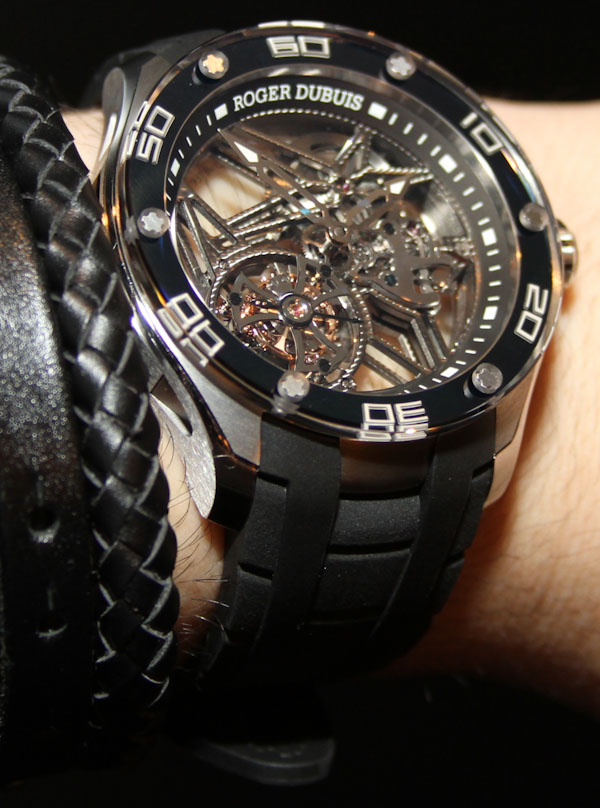 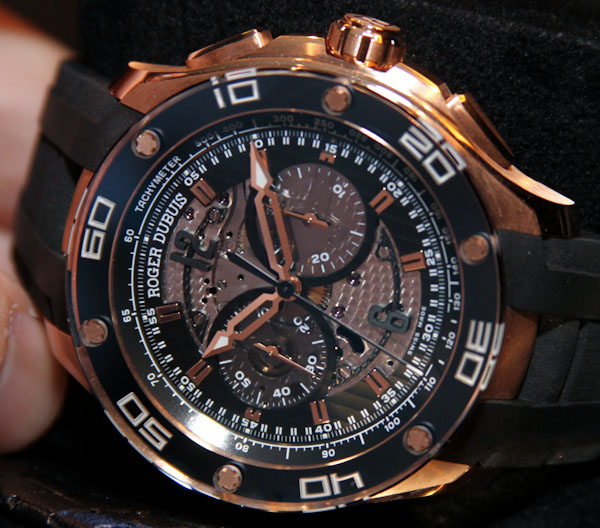 The most distinct element of the case is how much it looks like a glass table. Topped with a very thick sapphire crystal, the top of the watch is almost one large flush surface – mounted properly on legs you’d have the world’s coolest card table for five inch tall people. The crystal is secured via six special screws and covers both the dial and bezel. Despite this unique case construction, the Pulsion is still water resistant to 100 meters.

Around the case you have interesting design details, polishes, and ergonomic elements. Given the high pedigree of the watch I am happy to see a crisply formed case and concept. On the dial you have something very open and skeletonized that seemingly has hour markers placed right on the decorated movement surface. This is for the chronograph, while the tourbillon version of the Pulsion contains Roger Dubuis’ very well-known super skeletonzied caliber RD505SQ manually wound flying tourbillon movement (that bears the Geneva Seal and has a COSC Chronometer certificate). 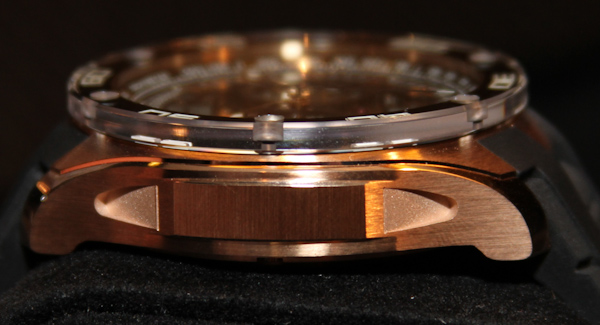 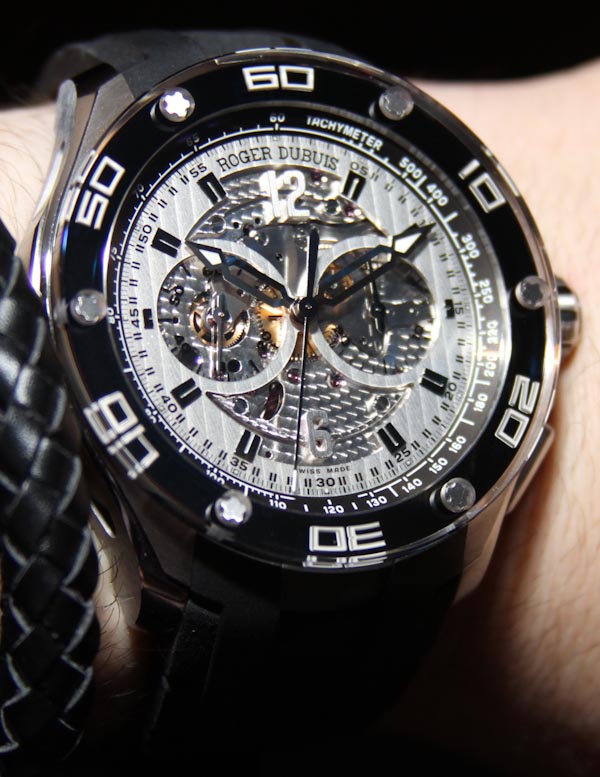 I personally found it a bit odd that a tourbillon version of the Pulsion would be part of the first collection. Then I learned some interesting details on what percentage of Roger Dubuis sales come from tourbillon watches… and I understood. An impressively high number of their watches sold contain tourbillons movements. Long live the tourbillon it seems. For 2012 the Pulsion Flying Tourbillon Skeleton watch is the highlight of the collection and only comes in titanium. Look for gold next year perhaps.

The standard Pulsion watches are all chronographs and contain the same RD680 automatic chronograph movements with a micro-rotor that other models such as the Monegasque Chronograph contain. These movements also bear the Seal of Geneva and are COSC certified. Unfortunately the final versions were not ready for the SIHH show so these pieces don’t yet have the movements inside of them. I look forward to seeing how the final retail version looks with the RD680 inside of it. For the Pulsion Chronograph there are three models available for 2012. Two in titanium (one with black DLC coating), and one in 18k pink gold. 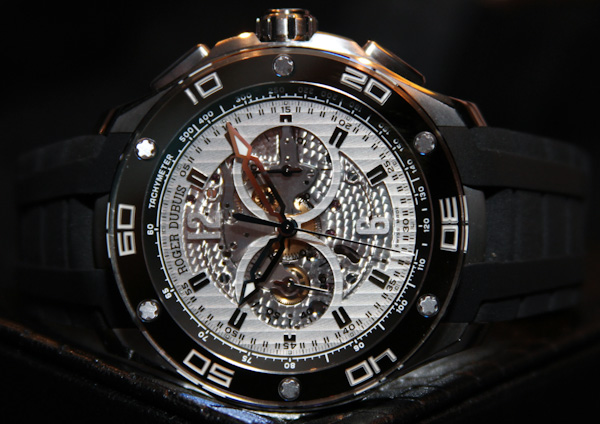 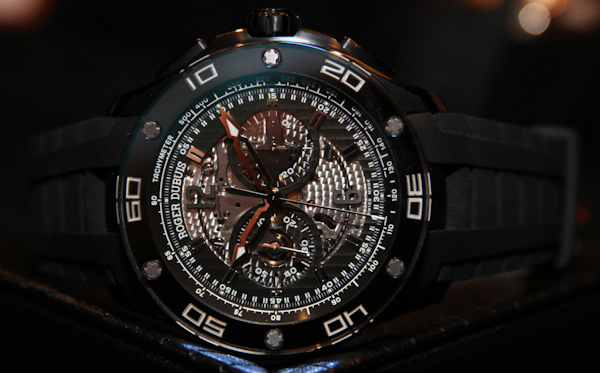 While the open dials are very cool, the Pulsion’s full design potential is restrained by the hands. They are far from legible and not quite long enough. The good news is that a quick fix can remedy this problem. Step one is that Roger Dubuis Watches Online India should (in my opinion), make the minute hand a bit longer and then fill in the skeletonized parts with lume (just as in the tips, but extend it to the lower section as well). In CAD designs where contrasts are high, skeletonized hands tend to look cool. On actually-built dials they more often than not blend into the background and end up disappearing. Like I said, fill in the unnecessary gaps and you have vastly improved dial that is exactly what the Pulsion wants.

If you were a fan of the Roger Dubuis Ladies Watches Easy Diver (as I am/was), then you better start making nice with the Pulsion collection as it is intended to replace it. Not right away, but over the next few years as the Easy Diver will be phased out for now. My sincere hope is that with its fantasy experimental design and good looking in-house movements, enough people will be attracted to this wonderfully non-ordinary Pulsion package.