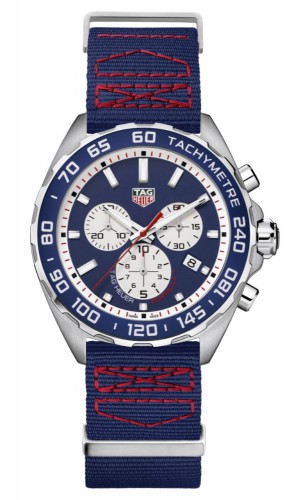 The steel chronograph bears the Red Bull team colors of midnight blue and red.  The bezel is adorned with a tachymeter scale in matte blue aluminium. The back of the case is of engraved with the legendary black and white checkered flag, symbol of Formula 1, as well as the exclusive Red Bull Racing Team logo. 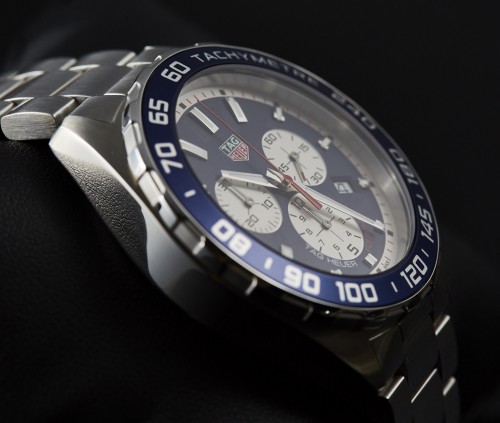 Inside, the caliber is a Ronda quartz – nothing special, but a reliable and functional movement nonetheless.  On the dial is a small counter at 6 o’clock, with the minute counter at 9 o’clock and the current seconds counter at 3 o’clock.   The stitched textile strap completes the look.  All in, a nice addition to the TAG Heuer Formula 1 collection. 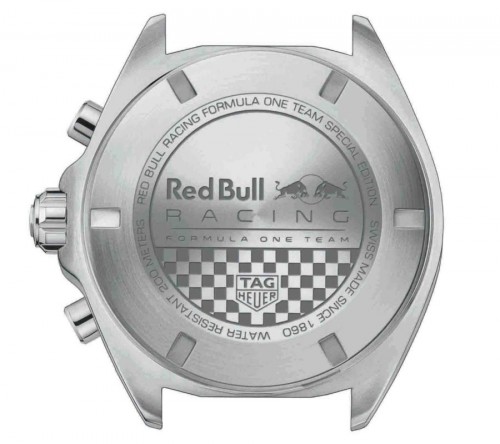