Reef Tiger released Aurora Hercules, to pay tribute to resistance and freedom.Hercules, son of Zeus, who is the gold in Greek mythology, since birth, he has been given to overthrow the tyranny of kings, reconstruction force for peace.

52mm dial, 12mm thick, Hercules is a solid and heavy watch, which is suitable for men who purse unique and fashionable. 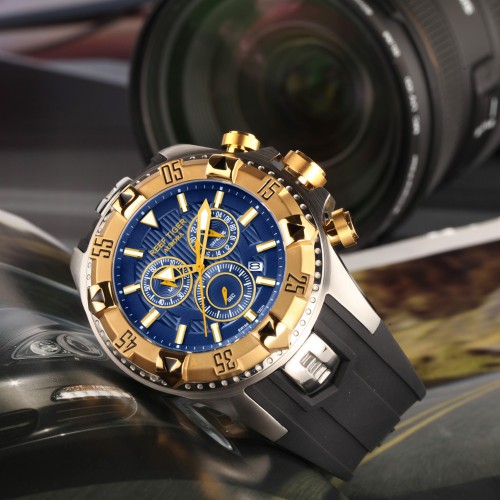 Hands and hour makrers adopt non-radioactive Super-LumiNova, which is much more expensive than gold, the luminescence has better brightness and durability, the time can be easily read in the dark.

Swiss chronograph movement can precisely measure every second of your life, to let you face each challenge.