This is the entry level Vacheron Constantin in the current catalog. The new VC Quai l’Île in stainless steel. But affordable or entry level is relative. The VC Quai l’Île  Steel is about a third the price of her gold brethren who share the collection name of Quai l’Île. 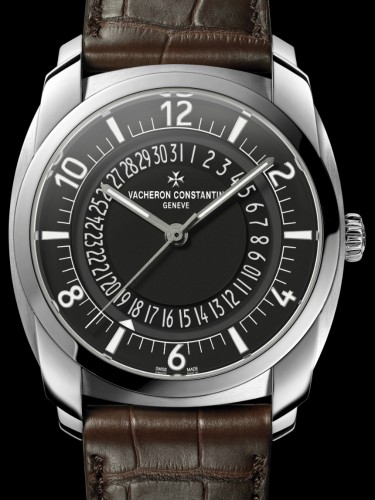 The Quai de l’Île Collection was first launched in 2008, amidst great fanfare. The collection offered the client to mix and match elements of the watch to personalize it. The Quai de l’Île is the location of Vacheron Constantin’s historic headquarters since the 19th century, and the idea was to use the collection to reaffirm the philosophy of establishing a personal relationship with clients. The collector is able to select from several models, a host of dials from semi-transparent dials to multi-layer 3D styled dials, some offering a peek on the movement under the dial. The movements all bear the Poinçon de Genève. Interesting concept, but one which we find confusing. We loved the ability to personalize, but feel the options too bewildering.

Perhaps VC have also realized this, and the collection was trimmed. From the current VC catalog, we only see:  a Date Self Winding (Ref. 86050, 2 models: one in pink gold and another in titanium/pink gold), a Day-Date and Power Reserve (Ref. 85050, 1 model in pink gold) and a Retrograde Annual Calendar (Ref. 86040, 1 model in pink gold). All movements still bear the Poinçon de Genève. And now two additional models in stainless steel. Totally new. With new movements, now the Caliber 5100 (a variant is used in the new Overseas Automatic Date 4500V). 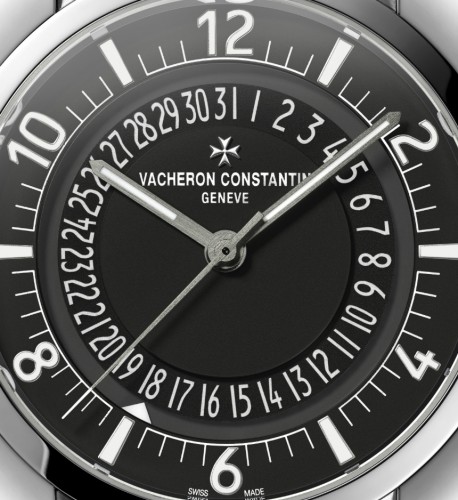 The case design remains the same as the older Quai l’Île series. The case is somewhat a bit more dressy than most sports watches, and a bit more sporty than most dress watches. Kind of like a middle ground. The design follows the VC aesthetics of using a round bezel, a cushion shaped case in a tonneau shaped case side band. This is what VC calls the “shape in shape” concept. We find the flow of the lines to be quite pleasing to the eye. And the alternating polished and satin-brushed finishes enhances the elegant, yet tough look. As does the split level lugs, which reminds us of a certain muscular stature.

As the case is in stainless steel, it is sturdy and perhaps tougher than the precious metal versions.  And at 41mm diameter, is quite amenable. The dial of the new stainless steel Quai de l’Île model is a multi-level construction affair. The resultant visual is quite three dimensional, as with some of the old models. 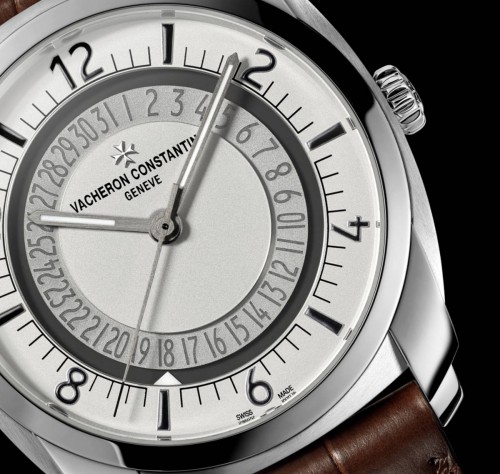 This as not quite a new movement, but a variant has been used in the Oversea Automatic Date (Ref 4500V). The Oversea movement is designated C.5100, but sports a beautifully designed and executed 18ct gold rotor, which we waxed lyrical over in our review of the Overseas World Time, whose rotor is made in the same manner (though the World Time is powered by the C.2460 WT). The 5100/1 used in the 4500S, is exactly the same movement, but uses a tungsten rotor. The dull, grey look of the tungsten rotor looks quite a lot less glamorous. However, using a tungsten rotor is keeping in line with the Quai de l’Ile series, as the other two Ref. 86050 using the C.2460 QH, also uses a tungsten rotor.

The C.5100 beats at 28,800 bph, and is designed to run over a 60 hour power reserve. The movement runs on twin barrels. The plates and bridges are well finished. With anglage, polishing, perlage and Côtes de Genève. And the movement meets the Poinçon de Genève requirements. According to VC, this hand finishing to meet the Poinçon requires 40% longer production time compared to a non-certified movement.

All in, we liked the Vacheron Constantin Quai de l’Ile 4500S. The case design is rather appealing, as the design of the dial and its layout. The movement is nice as well, though we might have wished for a more glitzy rotor. Overall, it is a good package, and a reasonable entry point to Vacheron Constantin.