Dior maked a new Chiffre Rouge watch with a useful GMT function presented in a sleek, 70s inspired case. But if the Chiffre Rouge C05 Automatic GMT has a retro-feel, it is designed with the modern man in mind. 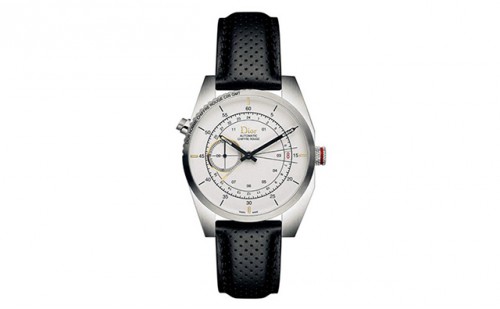 The Dior watch design is clean, the inside hours ring clever, and overall there is a nice balance to the dial. That in itself is quite the performance for a GMT. Hours and minutes are displayed against a beautiful silver opaline dial, while a second time zone, indicated by silver hand with golden tip, is controlled by a pusher at the 10 o’clock position. 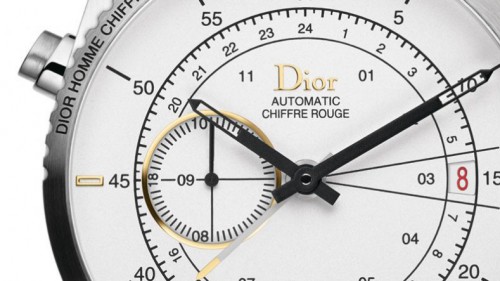 Despite it’s elegant lines, and golden highlights, the C05 Automatic GMT has a sporty edge to it with its knurled crown and perforated calfskin strap. On the wrist, the C05 Automatic GMT takes on a personality of its own. If the case is only 38mm large, the shape of its lugs give make it seem much bigger than it really is. 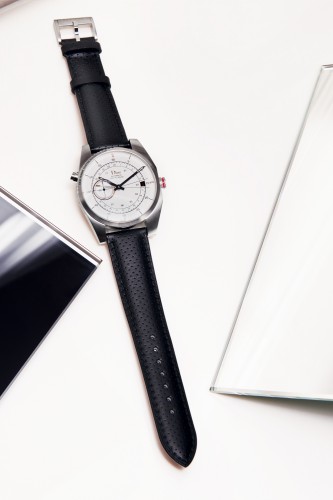 The watch is powered by Caliber Elite 682, a known quantity, manufactured by Zenith. The movement, which has a power reserve of 50 hours, can be admired through a black sapphire caseback. In the world of watches, Dior has proved its mettle with ladies’ timepieces. And now the fashion brand has a stainless steel watch that won’t go out of style.